When I watch a movie such as Voyagers, I hope teenagers might see a movie like this and it will interest them to look further into the science fiction genre. It’s also a fascinating film because it’s not just a look at a future where humans are born on a spaceship, or the scientific efforts to save humanity, but it’s also an allegory for how civilisations crumble, and the impulses of man. To put it simply, Voyagers is about a collective group of young-adults, born on a spaceship, led by the ships commander Richard (Colin Farrell), in an attempt to live there for an eighty year journey, in hopes that their grandchildren will be able to inhabit a new planet that can sustain life. It’s easy to claim that Voyagers is Lord of the Flies in space, and it is, which is what makes it good, but it’s also a fascinating study of gaslighting and how fear can push the masses to follow a mad man. Voyagers is a claustrophobic, messed up episode of Survivor in outer space.

The writer/director is Neil Burger, who may not be an ideal artist of cinema, but his filmography is an interesting study. He’s clearly a person fascinated in his work taking after classic literature. The Illusionist has a mix of science fiction into the art of magicians. It looks and feels like something Charles Dickens would have written. Limitless, which was a problematic film, about a man taking a new drug that helps him use his brain to its full potential, was from Alan Glynn’s The Dark Fields, but could easily be inspired by the writings of Aldous Huxley. With Voyagers, Burger is channeling William Golding, with a collective group of young actors that represent the mixtures of humanity, on a massive spaceship, similar to being homeschooled in space, but when a few of the players stop taking a medicine that limits their natural, human emotions, the complexities of man begin to take hold.

In the beginning, we see commander Richard on earth, where the plan is discussed on taking donated sperm and eggs into space, where children are born in womb-like incubation systems, and then live on the ship. Fast-forward 15-years later and the children are now becoming adults, led by Christopher (Tye Sheridan) Sela (Lily-Rose Depp), and Zac (Fionn Whitehead), all brilliant and curious in their own way, but their curiosity leads to them finding that the blue drink they’re ordered to consume everyday is stopping them from feeling much of anything. They stop drinking it, and their personalities begin to change, and as their new urges start to rise to the surface, the characters of Christopher and Zac go in opposite directions. Christopher opens himself up, while Zac becomes aggressive, and hostile, especially with Sela, who must forcefully keep him away from her. In the background of this plot, is the fear presenting itself that there’s an entity attacking the ship and when Richard goes outside to fix the ship, someone or something attacks him, leaving him dead. Now the ship is without a commander. Now a new leader will arise, factions will be created, and the fabric of the ship begins to tear apart.

An interesting thing I’m seeing from other film critics, and the majority of early reviews seem to be negative on Voyagers, is that the narrative is predictable. Even if that is true, Voyagers still becomes a pressurised bottle, shaken up, and weaving in between this isolated ship. What rises to the top of any predictability is a well balanced breakdown of the attempted utopia. Rising the level of ferocity is the performance by Fionn Whitehead. If audiences leave with anything from Voyagers, it’s his performance as Zac. His character is slimy, but convincing; Charismatic, but threatening. Even when Christopher and Sela catch him in an evil lie, he gracefully turns the evidence against his accusers. We slowly see how his ability to threaten other people on the ship only leads to him having more followers and a complete breakdown of any sense of humanity. Sheridan and Depp are both good in their respected parts, but Whitehead might be the next best Hollywood bad guy.

I would never claim that Voyagers is a perfect film. The ending has a sentimental closure that feels entirely unnecessary and the characters are all blank slates because of what they have been born into. That still does not remove the intrigue and tension built in Neil Burger’s script. It’s Lord of the Flies in Space and it does great justice to this kind of story. As the tension builds and the universe breaks down, Voyagers becomes a matter of survival of the fittest. Plus, I remember how difficult it was for high school English teachers to get their students to even read a book like that. Maybe Voyagers is a way to convince others to be interested. I found it to be quite thrilling and fascinating. I think it’s entirely worth the trip.

VOYAGERS IS IN SELECT THEATERS THIS WEEKEND APRIL 9TH 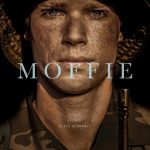 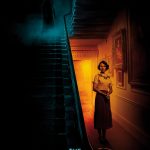