MOVIE: THE MITCHELLS VS. THE MACHINES

The story is about The Mitchells, which consists of father Rick (Danny McBride), mother Linda (Maya Rudolph), daughter Katie (Abbie Jacobson), and brother Aaron (Michael Rianda). They’re all cut from different cloths. Rick is the dad that loves the outdoors, things like fishing, or fixing things with his hands. Linda is the kind and gentle mom, cheering the kids up with cupcakes. Aaron loves dinosaurs, so much that he would talk to anyone about them and Katie is the oldest child, about to go to college. Her passion is movies and makes her own films starring the goofy family dog Monchi the pug (a big scene stealer). The problem, however, is that her and dad, and really the entire family, has drifted apart. Everyone’s head is buried in their phones and they just don’t understand one another. With Katie about to go away to school, dad decides to try and recapture the close family the Mitchells used to be with a road trip, driving Katie to orientation. Things don’t go so smooth, because nobody wants to go for the ride, but then things get worse when the newest service of AI robots- known as the PAL go haywire, and all humans are under attack by these robot overlords. I guess the only family that can save the day are…The Mitchells?

I talked about how the future of animation feels different with this one because writer/directors Michael Rianda and Jeff Rowe seem to have found a way to make an animated film look and feel cinematic. With the outstanding crew of animators behind The Lego Movie and Spider-Man: Into the Spider-Verse, the entire look has a sense of live-action cinematography. Characters fingers protrude toward the camera, there’s a use of various angles that look up at robots as they crash down or fly through the air. And then the characters all have a unique texture to them, with father Rick having a beard-mustache combo that looks real enough to comb, Katie’s red hooded sweatshirt looks inspired by Mr. Rogers, and a collection of PAL robots that are both hilarious and on par with Star Wars stormtroopers. Much like the personality of Katie, it’s evident that Rianda and Rowe are inspired by the movies they love and want to inject that into an animated feature.

The other half of The Mitchells vs. The Machines that is fantastic is the humor. A large amount of that credit, outside of the whip smart writing from Rianda and Rowe, belongs to Olivia Coleman who voices the digital villain PAL AI system. Similar to Will Ferrell’s silly villain Lord Business in The Lego Movie, Coleman has a witty, yet serious approach to her character. It’s revealed that PAL has a motivation of getting back at humans for their constant poking and swiping, but her evilness is on an oblivious level, even to the point where it forgets that it’s just a phone without arms or legs. Blended in with Coleman’s brilliant delivery, is a stylish structure of meta humor, making fun of other movies, and an updated divide between parents and children that makes The Mitchells vs. The Machines play like an animated version of National Lampoon’s Vacation.

If anything else can be said about The Mitchells vs. The Machines is that it’s a welcome step away from Disney animated movies that seem to dominate the genre these days. The negatives are few, with the pace moving so quick at times that it’s impossible for the viewer to not become exhausted, and yes the journey can be predictable in some aspects. That still doesn’t mean we shouldn’t love the rare, original animated films like this. I’m always grateful for a silly, improv-style comedic approach to animation, when they’re not catering just to children, neglecting the parents, or treating everyone like they’re dumb. It’s on the same level as Cloudy with a Chance of Meatballs, The Willoughbys, or Laika’s unforgettable ParaNorman. These movies are a family event and The Mitchells vs. The Machines is an apocalyptic road trip that you’ll want to go on.

THE MITCHELLS VS. THE MACHINES PREMIERES THIS FRIDAY APRIL 30TH ON NETFLIX 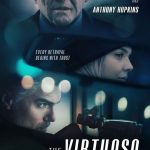 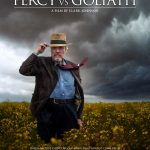