In my 36-years of living it would be interesting and sad if I went back to calculate how much time and money I’ve spent on the game Mortal Kombat. In my teenage years I was pumping quarters into the arcade at the J.J. Peppers down the block, and then playing it at home on my Sega Genesis system, and eventually playing it over beers in my college dorm room. The delightful violent game of various characters punching and kicking one another to a bloody pulp, concluding with a tournament champion, was the final progression in video games. It was Super Mario, Sonic the Hedgehog, and then Mortal Kombat. It’s such a part of pop culture and gamer culture that this is the third live-action Mortal Kombat movie, along with online shows, animated movies, and other iterations. There’s an audience for these movies, which combine the genre of kung-fu, athletic sport theatrics, and X-Men mutant-style powers, and yet there still seems to be a problem to make these movies work. This newest version of Mortal Kombat is ultimately a mess, attempting to mask the narratives various flaws with ultra-violent action, and not entirely sure what kind of movie it’s trying to make. Is it a hero’s journey? A tournament of champions fighting for glory? A gathering of characters to create a new superhero universe? It tries to do it all and ends up failing to succeed at any of it. This Mortal Kombat is one big fatality.

The main character is Cole Young (Lewis Tan), an MMA fighter standing on his last leg to achieve any success. He takes any fight he can get, trying to prove his worth to his wife (Laura Brent) and daughter (Matilda Kimber). He was born with a birthmark on his chest, in the shape of the Mortal Kombat dragon, and he is seeked out by a man named Jax (Mehcad Brooks) with a similar mark. It turns out that Cole is being hunted by someone with the power to freeze others to death by the name of Sub-Zero (Joe Taslim), which sends Cole on the run to meet Sonya Blade (Jessica McNamee), and reveal to him that he is one of chosen fighters to battle those in the “otherworld” for Mortal Kombat. The goal is for Cole to find his true-self and powers, while fending off the collection of bad guys led by the soul sucking Shang Tsung (Chin Han).

That’s more or less the gist of Mortal Kombat, but what makes it all difficult is that there’s too many cooks in the narrative kitchen. Written by Greg Russo and Dave Callham, with a story by Oren Uziel and Greg Russo, there’s not a true focus on the many plots. The journey for Cole is one part; Then there is the intro on the warrior Scorpion (Hiroyuki Sanada), his blood line, and rivalry battles with Sub-Zero. There’s also Lord Raiden (Tadanobu Asano), the lightning god, with his fellow warriors Liu Kang (Ludi Lin) and Kung Lao (Max Huang). There’s also each character trying to find their special powers and preparation for the tournament, which they never even get to. And to top it all off there’s a whole bunch of bad guys that have their own purpose in the story. If Mortal Kombat would have focused on just one of these stories it would be more than enough to make an exciting movie.

It’s not all negativity on this Mortal Kombat; The characters look the part and the addition of bloody violence- which includes severed arms, sliced heads, and bloody deaths- making for an added entertainment value that none of the other movies had. The violence is an engranded part of the Mortal Kombat games and it’s that part which was missing from the 1995 Paul W.S. Anderson version. But the bloodshed isn’t enough to make up for often painful acting from all involved. When Mortal Kombat stops the action, we’re forced to focus on mundane, stiff dialogue that would be sufficient for a Bruce Willis cash grab, not a series that is trying to create its own Marvel style universe of movies.

By the end, Mortal Kombat is a jumbled mess. The first ten minutes feature some intriguing fight choreography and everything after leaves a lot to be desired. The special effects are shoddy green screen productions at best, each character is given their own mini origin story, padding a runtime that desperately needs trimming, and the ending leaves us hanging for a sequel that doesn’t need to be made. Mortal Kombat should be an inspired version of Bloodsport meets Enter the Dragon. I am intrigued by a fight tournament between superhumans, instead this is another product being turned into the comic book treatment. Not everything needs to be the next superhero series. This Mortal Kombat has been beaten into submission. 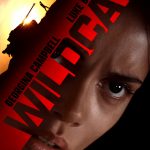 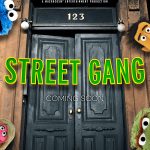 Street Gang: How We Got to Sesame StreetReviews