MOVIE: IN THE EARTH

Reviewing Ben Wheatly’s In The Earth is a difficult task. It’s a movie that I found brilliant in style and use of budget and it is also the movie that will frustrate me all year. There’s so much of it that I loved and so much of it that I can’t even figure out what it was for. That often seems to be the way Ben Wheatley makes movies, but what wins me over about In The Earth is how advantageous it is. It’s a well structured horror film, where a scientist is taken by a guide to meet in the woods at his partner’s survey. It’s also during the time of a pandemic, where very little people exist anywhere, and proper protocols are in place for everyone to be safe because you don’t know what’s out there. When we get into the woods things are a bit more rough and In The Earth becomes a question of survival in nature. I guess the message is, that if you can survive humans that have lost their sensibilities, then all you have to worry about is nature, beasts, and an evil tree spirit that might get you. Certainly is a strange time to be alive.

The lead character is Martin (Game of Thrones actor Joel Fry), walking down a lonely road, arriving at a facility to study the pandemic. His correspondences have been with Olivia (Hayley Squires), but he’s lost contact, which during these times is not that strange. His guide into the unknown woods is Alma (Ellora Torchia), someone who has an idea of the land, but is not sure what it could look like now. They set up tents, but are then beat up in their sleep, and all their stuff is taken, even their shoes. It’s at this point in the journey where they run into a scraggly, homeless looking man named Zach (Reece Shearsmith), who seems harmless at first, but when he offers a drink, it instantly sends Martin and Alma down for the count. When they awake they find they are in a worse situation than just a global pandemic. They could be Zach’s offer of sacrifice.

As for the frustrating stuff, I’m not sure I was completely satisfied with the ending of In The Earth, but when I dissect the themes, and natural use of surroundings, I found myself unable to stop thinking about it. A part of me believes that Ben Wheatley saw Midsommar, which reminded him of the success he had with Kill List, and wanted to take his thoughts back into folklore horror. There’s a bit of a mixture between Ari Aster’s films, studying pagan rituals and groupthink that turns bloody and Alex Garland’s Annihilation, which looks at how nature can control the way a human acts or becomes. I also don’t think I’m spoiling much to say that the character of Zach is someone using the beliefs that he has to manipulate the thinking of others, where he believes that in order for him to stay safe, he must sacrifice others to a tall rock in the middle of the forest. It’s here where Martin and Alma are constant victims of their circumstances. They’re less informed of the woods, a place filled with various living things that can attack others, forcing them to fight a mad man hoping to sacrifice them, while the earth itself is fighting them back. There’s berry-like pods releasing a toxic gas, there’s a labyrinth style woods that engulfs them, and there’s threat of disease everywhere.

The other fascinating factor of In the Earth is Wheatley’s use of the natural habitat, which helps him create optical illusions with the trees, and fencing these characters from what they fear. Intertwined within the narrative is a style of psychedelic imagery and flashing lights, which becomes difficult to decipher when dealing with characters that could have been drugged or are being hindered by something worse. An evil spirit of the woods? It’s possible, but for Martin and Alma there faced with so many scenarios they do not have a sense of reality.

For director Ben Wheatley it’s an impressive step back into his original roots of filmmaking, working with a small cast, and a micro-budget. It’s also another intriguing notch on his filmography which is never predictable. His work on the remake of Rebecca was tactile, lavish, and in his own new gothic image, but not a major hit among critics. Free Fire was a lot of fun, just placing various bad people in a room and shooting them to the death. And now we see In the Earth, a return to his original nature inspired films such as Sightseers. Only this time, he’s making us think about where the pandemic could send us. That’s what makes In the Earth so scary. It’s rooted in the reality of a pandemic, the way humans can truly lose all sense of reality, and a psychedelic imagery that would make any audience freak out. There’s a lot happening with In the Earth, but say what you will, it’s another movie from Ben Wheatley that will have audiences talking about. 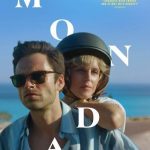 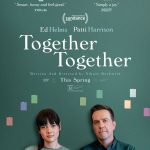