In Julie Delpy’s My Zoe, the Before Trilogy actor and writer has made an incredibly unique kind of sci-fi film. It’s not robots or monsters or Star Wars or superheroes. It is one-hundred percent fiction and science. This is a drama of two parts. The first part is the fiction, a story about a recently divorced couple, Isabelle (Delpy) and James (Richard Armitage), fighting constantly, and going through the arduous process of mediation over the shared custody of their daughter Zoe (Sophia Ally). The arguments between the couple are not violent, but words are filled with vitriol, it’s a constant tug-of-war, over a child that does not deserve to be stuck in the middle, and the broken pieces of what was once a beautiful family. One day, when Isabelle is picking up Zoe from her time with dad, Zoe mentions she’s not feeling well, and the next day she does not wake up. She’s rushed to the hospital and put in a medically induced coma. It’s after this where science becomes a part of the story. Without revealing too much, the theatrics of My Zoe involve the decisions that Isabelle and James must make about Zoe’s life, but it also becomes a mother’s crusade to protect her child, and deal with this tragic event. My Zoe is an emotional piece, placing a finger on the pulse of every parent’s fear, in a roller-coaster fight for the life of a child.

The work of Julie Delpy is arguably not celebrated enough, and the writer/director flexes her veteran muscles with My Zoe. The first half is similar to her writing in Before Midnight, a narrative surrounding a struggling couple, walking and having discussions, as their lives in the past continue to dictate their lives in the present. The topics that are discussed are topics that Delpy has often jumped into, about women being single mothers, the extra effort it takes to be a successful working mother, and being an independent woman who can have a love life without neglecting their child. That is often Isabellle’s issues and where James’ stubborn nature does not allow her any grace. That’s not to say My Zoe is one sided. The writing by Delpy is intuitive and a tale of two sides, where the complexities of human relationships are in the fabric of every character.

What I found commendable about My Zoe as well is how fearless this film and the entire cast is. This is undoubtedly a grown-up film, and arguably outdated, based on how the superhero movies dictate the kind of narratives that an artist is allowed to tell. The sheer risk and originality of this story is what I loved. The second half introduces additional characters, Daniel Bruhl’s Doctor Thomas Fisher and wife Laura (Gemma Arterton), are on the other side of the coin. They are a couple of two boys, healthy, and Thomas is the doctor for Isabelle, helping her make decisions about her daughter, some decisions that push the boundaries of science, and test the resolve of all parents struggling with a sick child.

Another part of My Zoe that worked is the cast of actors and the concepts of family. Lindsay Duncan plays the minor role of Isabelle’s mother Kathy. Not only do the two actors look as if they could naturally be related, but her brief moments show a lineage of independent women, fighting for the children they love, no matter the circumstances. Each character has their own individual details that make the narrative authentic, never feeling contrived or false. A film that could easily be compared to My Zoe is Abel Ferrara’s Tommaso, although that film had a bit tighter and introspective script, the two narratives both highlight parents struggling with their inner demons. The brief highs, followed by the painful lows, capture the reality of being a parent. Every minute is lived with fear hovering over our thoughts.

If you can’t tell, I am being vague on the second half plot because to reveal everything that happens in My Zoe would ruin it for viewers. What there is to know is that Julie Delpy has proven herself once again. If there are complaints it’s because the script could use a little tightness and more of an artistic flare to the storytelling. Still, this is a fantastic expression of human emotions, placing us in the shoes of a mother and father. The love two people have for a child, no matter how difficult a divorce can be, what still remains is this beautiful creation. I loved My Zoe and it deserves to be discovered by all. 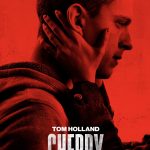 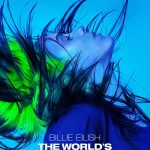