MOVIE: PIECES OF A WOMAN

I have an interesting personal connection with Pieces of a Woman. It’s a movie about a woman that has chosen to do a home delivery of her baby and coincidentally, my sister-in-law has recently made the same decision to do a home birth. After watching Kornel Mundruczo’s film, my fears of that situation were not put at ease. The decision to have a home birth is the choice of a woman and it should be a respected choice by all. And even though we respect that choice, it is scary, and downright frightening. The safety net is removed and Pieces of a Woman does a fascinating job of portraying this. It is the aftermath, when the child is lost at birth that will scare most. Vanessa Kirby stars as Martha, with a hand to hold in father of the child Sean (played by Shia LaBeouf who has recently had his own legal issues and allegations of abuse from his ex-girlfriend), and the guidance of a midwife Eva (Molly Parker) at her side. In a blistering and impactful single take, Pieces of a Woman opens with the home birth and the painful tragedy of when an ambulance is called too late. The baby is lost and what follows is the struggle for those left behind. The fracture of a relationship and dealing with tragic loss is the focus. Although that initial scene leaves a mark, it is everything after that makes Pieces of a Woman a powerful drama. The choices are made and we are left with seeing how a person can pick up the pieces.

The bottom line is that this is a flawed film, with a narrative that is difficult to recommend. You don’t exactly have an easy way of selling someone a story about the death of a child during a home birth. What I can tell you is that the acting is top notch from everyone involved. The screenplay, written by Kata Weber, is rich with authentic human emotions, and the performances from Kirby, LaBeouf, and co-star Ellen Burstyn create an expert acting triangle of grief. Kirby is a zombie-like, walking lifeless, in a constant state of shock, and living with the pain. LaBeouf’s character is not neglected for depth, but the death leads to his character’s own personal neglect, trying to find a sliver of normalcy in the relationship these two once had. And then Burstyn has a performance that truly shines as Martha’s mother Elizabeth. She hopes her own life experiences can guide her daughter through the tragedy, but honestly, nothing will work. Pieces of a Woman is difficult for everyone.

What should be talked about is the direction from Kornel Mundruczo, who alongside cinematographer Benjamin Loeb, created a fascinating, exemplary single take, where the camera follows and moves with Martha during labor. Into the tub, onto the bed, the couch, the shaking, and the communication all around us. The second act involves the static isolation and reminded me of Steve McQueen’s Shame, a movie where human suffering is internalized through isolation. Similar to Michael Fassbender’s character in that film, Martha escapes; Wandering into a grocery store to zone out, walking to a pier to think, staring out into the abyss, and the audience can barely get to where her head is. It’s through Mundruczo’s blocking of scenes and Kirby’s subtle, but quiet demeanor, that pulls all of the drama together.

Even though I found many flaws with Pieces of a Woman– specifically a slower pacing, a lack of dialogue from Kirby’s character, and a drop in momentum after the opening scene- I still felt an impact from it all. The birth of my son was a tough experience for my wife Christina and that is something I can’t relate to on a physical level. I talk with her about it a lot and she has gracefully been honest about her entire experience. Having a baby is hard. I think it’s mean for anyone to think it’s easy, to not think that the entire event will forever impact a person is ignorant. That’s what Pieces of a Woman does get right. It hits the shock of what has happened to Martha on the head. It’s emotional throughout.

The title says it all. Pieces of a Woman is where it stands. Broken, in tiny shards, and they might never be fixed again. The third act involves the aftermath of Martha’s loss, fighting against the negligence of the midwife in court, trying to connect again with Sean, and where Ellen Burstyn delivers impeccable acting in a powerful monologue from her character. It all comes together in the end, a story about damaged people, marked by tragedy in the worst of ways. It may be hard to recommend Pieces of a Woman, but it may be a movie that many can relate with. There is tragedy surrounding us all the time, it’s best to see that tragedy through another person’s eyes. Pieces of a Woman is brutally honest in that way.

PIECES OF A WOMAN PREMIERES THIS WEEKEND ON NETFLIX 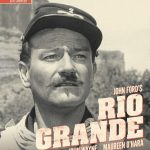 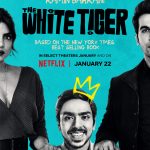