There is a collection of tropes that are used in movies that, at this point, ruin anything that a director and the underlying message that is trying to be said. I could run off a list of other films, especially romantic comedies or sassy teenage dramas, that make the exact same narrative choices that Echo Boomers does. It boils down to three things: 1) the use of voice over narration, 2) based on a true story, and 3) a running list of rules, made up by a lead character, masked as a philosophical way of thinking. Seth Savoy’s Echo Boomers is guilty of all three of these tropes and each one incredibly detrimental to the next. The star is Patrick Schwarzenegger as Lance, a recent college grad, moving to Chicago to live with his cousin Jack (Giles Geary), and looking for the first job he can find. Little did he know that Jack was in the circles of a group that drove into the wealthy suburbs, trashing homes, and stealing valuable stuff to make a living. Now he’s caught in a bad situation, hanging around a crew that wants to get back at the rich for putting them in the position they are in. Echo Boomers is a wreckless heist film, filled to the brim with stuffy acting, slick montages, and a bloated script. It has a lot of flash and nothing that goes boom.

The verdict on an actor like Scwarzenegger is still out. Undoubtedly, a good looking man, but his acting skills are not exactly lighting up the stars of Hollywood. In Echo Boomers, it is his show, and the character of Lance is a mystery at first. He’s a deer caught in the headlights of life. The narrative bounces around from ending to beginning, with Lance in prison and chatting to the author of this story (played by a thankless Lesley Ann Warren). We go back to Lance moving to Chicago and meeting Jack’s “friends”, lead by rugged and ticking bomb of anger- Ellis (Alex Pettyfer), along with tech-wiz Stewart (Oliver Cooper), the lone woman and love interest of the group Allie (Hayley Law), and the bone headed muscle guy Chandler (Jacob Alexander). The work they do is for a scummy trade dealer named Mel Donnelly (Michael Shannon- the best part of the film), who pays the group handsomely for their stolen goods. As one could imagine, with this many cooks in the kitchen, egos, and greed, it is only a matter of time before the fun goes sour, and the group is all against one another.

It’s not that Echo Boomers is boring by any stretch. It’s a heist film that involves a group of masked thieves, running into houses, smashing windows, spray painting walls, and taking revenge on a world that has left them in a ditch. It moves and has energy. The writing from Savoy, Kevin Bernhardt, and Jason Miller has an idea of what is motivating the team and pace it between each job and the riches they enjoy. Clearly, Savoy is inspired by films such as Goodfellas or even recently Den of Thieves, but there’s also a lack of confidence in the material, where it is all patched over with montages and narration. Even the ten rules that the Lance character sets out, are a frivolous exercise, consisting of phrases that hold no meaning, and escape the viewers brain a mere seconds after seeing it. Those are aesthetic problems, the characters are even more bland, to the point where if we didn’t get Michael Shannon walking onto the set with his devious stare, there would be little reason to enjoy Echo Boomers.

As for Scwarzenegger, he does have a few bright spot moments, including a few scenes of witty banter back and forth with Shannon. There is always something to appreciate about the Knives Out and multiple Oscar-nominated actor, and his supporting role here is obviously an exercise of the acting legs, but even when he does that he’s good. For Savoy, this is the Columbia College Chicago director’s first feature, and a commendable effort to make Chicago a city for entertaining action films. Sadly, however, it seems that whatever style of his he was trying to convey, it becomes lost in a mash of flash and excess style.

The final result is that Echo Boomers is forgettable. There’s a slightly interesting thread about 20-35-year olds, living through economic collapses, student-loan debt, corruption by major corporations and billionaires, and the response they take to get back at the world. We’ve seen it done better in films such as War Dogs or The Big Short. All of those things sound good on paper, but Echo Boomers fails to say anything new in the process. There might even be a better version of this story out there, but for now, Echo Boomers should be left in the (Echo) chamber.

ECHO BOOMERS PREMIERES TONIGHT AT THE MUSIC BOX THEATRE DRIVE-IN. SEE IT IN SELECT THEATERS AND ON DEMAND THIS WEEKEND. 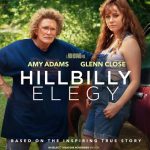 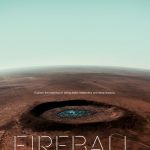