Everything about Spontaneous is so…Spontaneous. This movie came out of nowhere and during the Covid crisis, it is getting the raw end of the deal, with a minimal theater release and very little promotion. Please take my advice and see it, because Spontaneous is a blast…literally and figuratively. Katherine Langford stars as Mara, a high school senior who has dreams of living her life carefree, hanging out at a summer home with her best friend Tess (Hayley Law), toes in the sand, and drink in her hand. One day at school, one of her classmates just explodes. Blood everywhere, a frightened class of students, and it is only the start of this mysterious issue. It does make Mara and classmate Dylan (Charlie Plummer) meet, realizing how important the time they have together is, and developing a beautiful relationship during an explosive time. Spontaneous is the romantic comedy I never knew I needed, in Brian Duffield’s out there movie, fitting perfectly into these unpredictable times.

One of the biggest surprises about Spontaneous is the arrival of Katherine Langford. It’s always refreshing to see a movie where the lead goes above and beyond showing her charisma. That’s exactly what Langford does here. You may have recognized the actor from Knives Out, but her performance as Mara is whip smart, taking her to another level of charm. The screenplay by Duffield, adapted from the novel by Aaron Starmer, captures her character in full, like a mixture between Molly Ringwald & Ally Sheedy’s characters in The Breakfast Club. She’s someone who wants to have coffee at a diner, get high on the weekends, and spout digs at the silliness of high school. And she meets her equal in Dylan when she inappropriately laughs at the death of a classmate and the absurdity of the current situation. People are exploding all around them, with no clue why it’s happening, so the only thing they can do is fall in love.

As I go through writing my review, Spontaneous seems cut and dry. Two high school kids fall in love while a bunch of their classmates explode around them. The reason why there’s more to Spontaneous, is as the relationship grows, the constant sense of fear grows, wondering who will be the next class member to die. The kids in the class get put into quarantine, scientists try to find a “cure”, more kids explode, the remainder of the school year is closed, and Mara and Dylan grow closer to one another. Plummer and Langford have a delightful chemistry as well, which makes it work, along with a charming supporting cast of Piper Perabo and Rob Huebel as Mara’s often worried parents. A movie like Spontaneous will grow a bigger audience in the future, similar to films such as Warm Bodies, Zombieland, or The Perks of Being a Wallflower. It proves that romance can be had, even when there are exploding bodies all around.

What it also proves is the excellent directing skills of Brian Duffield. He’s clearly a better writer than director, as the ending of Spontaneous seems to go a bit too long, but his work is still impressive. His previous works were screenplays for films such as Underwater, The Babysitter, and Jane Got a Gun. To his luck, a movie like Spontaneous arrives at the perfect time. It’s almost poetic to see a movie about a virus, or some kind of condition that is killing people, but it’s a good thing there’s a bit of romance involved, because without it, this would be a much more dire experience.

Overall, the final result of Spontaneous is absolutely charming. There’s plenty of things to love about this movie; It’s reviving the romantic comedy with a bit of flare added to it, has a ton of blood that would embarrass even the slightest of horror movies, and a bright new star in Katherine Langford. It will be better if you know only a little going into a movie like this. It’s always important to keep things Spontaneous.

SPONTANEOUS IS  AVAILABLE ON DEMAND . 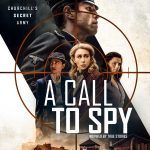 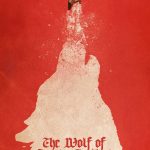 The Wolf of Snow HollowReviews