When the Liam Neeson action movie blu-ray pack is released in ten years, Honest Thief will be one of the more obscure installments in the bunch. The Schindler’s List star rejuvenated his career with a rugged edge, playing the hard nosed characters, making movies that feature an older man, equipped with a mysterious set of skills, with revenge on his mind, and ready to save the day from bad people. Honest Thief shows a transitioning away from those style of action movies, but once you think the bruising side of Liam Neeson is done, he is pulled right back in. Honest Thief is about a bank robber that meets the love of his life. He’s willing to return the money he stole and turn himself in, just so he can live an honest life, be true to himself and his new love. The effort at reform turns sour when a pair of FBI agents in his case attempt to take the money for themselves and frame the bank robber in the process. It makes for an odd mix of romance that turns into a thriller, with Neeson doing the rough and tumble guy part, but softening his edges along the way. Honest Thief is a new style of action movie for Neeson and he almost pulls this movie heist off.

Neeson is Tom Carter (not his real surname, but it’s what he goes by), also known in the news as “The In & Out Bandit”. He’s robbed multiple bank vaults, leaving no traces behind, cutting a hole in the safe where his pyrotechnics worked. His takings are in the range of nine million dollars, but when he walks into a storage facility he has a meet-cute moment with Annie (an adorable Kate Walsh). He rents a unit to store his cash, but one year later, Tom and Annie are madly in love, and now Tom is ready to settle down with his best friend. The plan was to call the FBI, turn himself in for a leaner sentence, and hopefully his love will wait for him. The phone calls to agent Baker (Robert Patrick) and Meyers (Jeffrey Donovan) are handled with suspicion and then passed onto Agent Nivens (Jai Courtney) and Hall (Anthony Ramos). When Tom’s story checks out, Nivens takes the opportunity to get his cut and now Tom is stuck running to prove his side of the story and save Annie from a pair of corrupt federal officers.

There are plenty of positive aspects in Honest Thief that worked for me. Neeson is often good at this, but the sentimental side of his character works, and the chemistry between Walsh is genuinely charming. The two actors portray a real love, something that leans into Neeson’s romantic side from Love, Actually or his recent work in Made in Italy. When the double crossing starts, so do the set pieces, which involve gun fights and car chases. The action turns the energy up, with the screenplay by director Mark Williams and Steve Allrich finding the balance between love story and Clint Eastwood style vengeance. The impressive side is that Williams nearly pulls it off, but the action moments fall flatter than other Neeson led movies. The character here is less enthusiastic for the action stuff. He’s not a wild gunman or a traumatized drunk. He’s more or less just a nice guy that decided to rob some banks, which has him caught between crooked cops.

The fun stuff comes from three things: 1) the relationship between Neeson and Walsh’s characters is sweet. 2) Watching Jai Courtney’s crooked cop make one mistake after the next, putting him in hot water with his boss. And 3) Jeffrey Donovan’s character has a similar flare that Tommy Lee Jones had in The Fugitive. A guy who just wants to make sure the right person is put in jail and nobody is hurt in the process. Not to mention, he has a really cute dog named Tazzie that makes every scene with him worth it.

Ultimately, Honest Thief is a lower level Liam Neeson movie and at the same time an interesting mixture of romance and action. When the narrative works, it’s easy to be reminded that Liam Neeson has always been a fantastic, reliable, and entertaining actor. When you expect that much from the guy in movies such as Taken, Non-Stop, or The Grey, Honest Thief fails to rise above the status quo. It’s a mixed bag of all things Liam Neeson. You might say that his movie career is always keeping us honest.

HONEST THIEF IS IN SELECT THEATERS THIS WEEKEND- OCTOBER 16TH 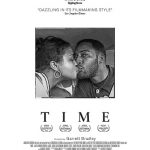 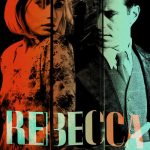