The concept of Project Power is, what if becoming a superhero was as simple as taking a pill? Would you do it? In this universe, people are not taking these pills recreationally, they are already abusing them, and the results are not good. Instead, it’s being used to rob banks, hurt people, or avoid any kind of consequences. Directors Henry Joost and Ariel Schulman take an interesting approach, not focusing on the super powers predominantly, but focusing on how the drug is hurting communities. The end result is a mixed bag, with exciting moments and missed opportunities, but also has flares of solid-90’s action movies, where three unlikely characters come together. The goal is to stop a drug that turns ordinary bad guys into unstoppable villains, which is enough reason to recommend it. But I’m mixed overall. There is good and bad and when it works, Project Power packs a punch into a tiny little pill.

The environment is a beat down New Orleans, where everything around them- homes, jobs, streets, everything is crumbling, but the plot is centered on three individuals. An ex-military man named Art (Jamie Foxx) looking for his kidnapped daughter, Frank (Joseph Gordon-Levitt), a New Orleans police detective looking to stop the drug at the source, and a high school kid named Robin (Dominique Fishback), finding any way to help pay for her mom’s medical bills. The three of them are the good guys, while covert federal agents try to keep the mystery of the power pill under tight surveillance.

If Hollywood does things right, they will finally be giving Jamie Foxx the justice his career deserves. The oscar-winning actor brings a charisma to a movie unlike anyone today. He’s the essence of cool and Joost and Schulman understand that, making his character a bit of a mystery from beginning to end. We know he’s ex-military and set on getting his daughter back from the men that push the power pill on the streets. Outside of that, the screenplay by Mattson Tomlin is not always clear if he’s a good or a bad guy. I would argue that it almost wastes him. That does create a mystery and depth propelling the narrative, but I felt Foxx was also MIA. Levitt’s Frank is a cop that just wants to stop the bad guys using these pills, but even he knows how well the pill works, taking one so nothing bad happens when stopping a bad guy. Not to mention Robin is his drug dealing informant, a plucky high school kid, with amazing rap skills, and an attitude of survival. When all three start searching for those responsible for the drug, it becomes a fight to stop it all.

I will say, the premise of Project Power is good. I am all for movies that step away from traditional comic-book stories and create something original. However, this movie also fails to blend the story in with developing the three characters. We’re not sure who we are rooting for, plus the “bad guys” are a thinly veiled collection of henchmen and minor characters, they are completely non-existent. I almost feel we would have been better off having one less character. At times Levitt is in the way of Foxx and Dominique Fishback is worthy of her own movie. The character of Foxx’s is not developed enough and were it not for Jamie Foxx’s swagger of cool, his character is nearly forgotten. Schulman and Joost do a nice job of keeping the action vibrant and punchy which may be why audiences won’t be bored.

By the end something about Project Power didn’t sit right with me. It’s an exciting action film, with cool reveals of what super power a person will get every time they take a pill, but this anticipation steals valuable time and set-pieces from the characters in the movie. Joost and Schulman are more than capable directors and the cast is ultra-cool. I guess I was just expecting so much more. Maybe this pill is just a placebo?

PROJECT POWER IS AVAILABLE ON NETFLIX 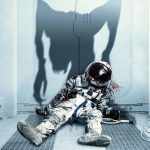 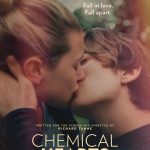