MOVIE: MADE IN ITALY

With every case of nepotism you have to be a bit trepidatious. Made in Italy may be the directorial debut for actor James D’Arcy, but the highlight of this movie is that it brings the father-son relationship of Liam Neeson and Micheal Richardson together for audiences to witness. The final result is nice. It’s everything one might expect, a story where a father and son have a fractured relationship, and they come together to hash out that dislocated past. One of the reasons why Made in Italy is slightly different is because we’re getting a more personal window to the stars of this film. Neeson’s late wife and Micheal’s late mother Natasha Richardson passed away in 2009 and that absence is obviously present. Made in Italy is not breaking the cinematic mold by any stretch, but it’s a nice exercise in father-son bonding.

If you are not aware, Natasha Richardson passed away after an awful skiing accident, and in various interviews Neeson has been vocal about the pain of losing his wife. The narrative here is quite similar in Made in Italy. Neeson stars as Robert, a single man, after the tragic death of his wife Rafaella, living alone in his late 60’s, still acting like a college bachelor, and a beard that looks like a brillow pad stuck to his face. Things are not rosy for Jack (Micheal Richardson) either. We first meet him at the art gallery he shares with his wife, but she wants a divorce, and is taking the gallery with her. That is, unless Jack can come up with the money to buy it from her. The plan he makes is a road trip with his dad to their summer villa in Italy, with hopes to fix it up, and sell it for enough money to buy the gallery back. Of course, the house is a neglected mess, but it becomes a trip that will bring them closer. It’s emotional and a gentle drama to watch.

The major problems with Made in Italy are not in the screenplay from James D’Arcy or the performances either. Neeson and son clearly have a chemistry with one another, which feels authentic, because it is. Lindsay Duncan provides a nice touch of comic relief as the realtor helping to sell the place as well. The problems are that it’s not enough. The majority of this movie is timid, calm to the point of wondering if it’s even worthy of its existence? It looks nice, as most movies shot in Italy would do, but other than a potential love story between Jack and local restaurant owner Natalia (Valeria Bilello), there’s little drama to speak of. The emotional moments of Jack and Robert finding fault in past mistakes, what it means to be a good father, and how the two of them deal with loss, that’s the stuff that works, but it’s also not enough.

Made in Italy is ultimately nice. I can’t hate this movie by any stretch, but I might have enjoyed an interview with Neeson and Richardson sharing stories about what it is like being the son to the man that played Oscar Schindler. Other European getaway movies such as A Good Year, The Trip to Greece, or Paris Can Wait all have more charm, more laughs, and emotions than Made in Italy, but it’s at least nice to see a father and son have some bonding time. You won’t remember Made in Italy after a week, so maybe next time Liam Neeson will play an assassin protecting his son from the mob. That’s the movie I can’t wait to see.

Rated R- IFC Films- Made in Italy plays this weekend on all VOD or OnDemand formats. 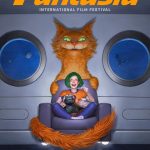 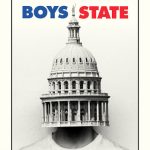