The word synonymous with John Lewis is hero. He is an American hero. A patriot of the highest regard and I want everyone to see John Lewis: Good Trouble. Black. White. Democrat. Republican. Christian. Atheist. This is a man that I aspire to be. A person that walked in Selma, Alabama, next to Martin Luther King, spoke up for the things he believed in at the Million Man March, and continues to fight to this very day. It would be easy to call John Lewis: Good Trouble a glossy look at the life of the Georgia congressmen, but frankly, this man deserves the gloss. He should be an inspiration to us all and I can’t believe it would be controversial to even think about praising this man. John Lewis: Good Trouble is a poetic, beautiful portrait of a man that stared down discrimination, fought for what was right in this country, and god do I look up to him. John Lewis is my hero.

When John Lewis walked across the Edmund Pettis bridge in Selma, he saw a row of Alabama state troopers, lined up with batons in hand, and knew that the outcome could be devastating. Without time to think, he was trampled, beaten over the back of the head, and put in the hospital. Not because John Lewis was a criminal and not because he was disobeying, but because he was Black. Watching the images in this documentary brought me to tears. I don’t think I could have handled it and I don’t know how this man did it then, and continues today. But Good Trouble does an excellent job of capturing every moment, every aspect of who this man is, to put into perspective why he has endured so much for the rights of others.

Lewis was born in Troy, Alabama and the son of sharecroppers. One of ten siblings, his brothers and sisters would help in the fields, while young John loved to feed the chickens, and preach the words of the bible to any bird that would listen. He was a quiet boy, someone who loved to read, and wanted to learn. Of course, getting an education or having any of the God given rights of a human was not something a Black man in Alabama could get in the 1960’s. Lewis being the persistent one, he wrote a letter to Martin Luther King and from there a bond was formed, with King calling him “that boy from Troy”, and the two would engage in nonviolent protests. Lewis would sit at the counter and wait for service. He would be shouted at, spit on, punched, kicked, and still he would rise up, because he knew that he deserved the same rights as the next person.

What director Dawn Porter does so well with this documentary, is the constant shifting of Lewis’ life story. The talking heads are a collection of friends, family, and colleagues. Young congressmen and women, such as Cory Booker, Ayanna Pressley, and Ilhan Omar, each putting into perspective what this man means to the world. His past work during the Greyhound bus protests, his loving, late wife Lillian Miles, and speaking in front of millions on the steps of the Lincoln memorial. What broke me down the most, was a moment when Lewis’ sister Ethel states how much fear his mother felt, knowing that everyday could be a chance where her son did not come home. The sacrifices it has taken this man and the stress it put on his family is incredible and it shows an amazing amount of courage from John, because he has never lost his strength, never stopped causing what he calls “good trouble”.

John Lewis: Good Trouble may be the most important documentary of 2020 and the perfect watch for the 4th of July weekend. I knew who this man was prior to watching this documentary and this only confirms what I knew. John Lewis is an icon. He is a legend in the highest regard. He stood next to the men and women of America, fighting for equal rights, speaking up against voter suppression, doing everything he could to make things right. I am begging you to watch John Lewis: Good Trouble. This man deserves our praise. John Lewis you are my hero. 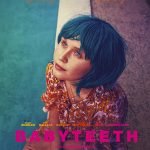 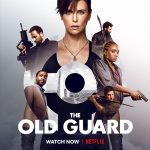