MOVIE: SELAH AND THE SPADES

In the history of cinema, movies set during the time of high school has spanned from when James Dean was a Rebel Without A Cause, The Breakfast Club was showing us how our differences can bring us together, and Clueless was a comedy on just how ridiculous cliques can be. Selah and the Spades continues that cinematic tradition, with an impressive modern day drama. Tayarisha Poe’s film arrived on Amazon Prime last weekend and it’s a fresh look at high school factions. There is a bit of a Shakespearean vibe, the setting is the boarding school of Haldwell, where students care less about their studies than they do their popularity, but it’s still stressful, students rolled up into a ball of anxiety. The leader of the group known as the Spades is Selah (Lovie Simone), a cheerleader, beautiful, and determined to not let other factions steal her crown. Maxxie (Jharrel Jerome) is her right hand man, the muscle of the group, and always confident. With senior year on the horizon, Selah knows someone will need to take over running the Spades, but who that is, she does not know. When transfer Paloma (Celeste O’Connor) arrives, her and Selah spark a new bond. But can things be trusted in a world of parties and gossip? Selah and the Spades is a dramatic and often charming film, ushering a new collection of rising stars, but highlighting the fantastic debut writing/directing skills of Tayarisha Poe. And yes, high school is still a rough time.

The start is an animated introduction of the characters and various factions. The “Bobbies”, led by snobby blonde Bobby (Ana Mulvoy Ten), the perfects, the seas, and the skins run by Tarit (Henry Hunter Hall). Each faction has their own specific business, running parties, writing papers, or supplying a spot to hang out to smoke. It’s the spades that supply the drugs, which for Selah is only a part of what they have to do to be the best faction. There’s more at hand and it’s about keeping that top spot forever. That makes things cut throat. Being a regular student means you’re nothing, but being the best faction means you rule, and staying there is harder. This is why we see that the pressure can get to Selah. Selah is greeted by everyone in the hall out of respect, fear, and her popularity. She can be kind or cold. Getting close to her is hard, Maxxie is a comfortable friend, which is more of a reason why Paloma is a divide, a fresh rare spirit. Selah first views Paloma as a friend and eventually she wonders if she is actually her enemy.

One way to look at Selah and the Spades is that Haldwell is a Lord of the Flies boarding school, where the only sense of authority is Headmaster Banton (Jesse Williams), but he’s not interested in making his own school look bad. Writer/director Tayarisha Poe is not as much interested in explaining everything about the factions either, which had me wondering why there was drama at all, but what she does right is the dissecting of these characters. Specifically, Selah, who has the moxie of Winona Ryder in Heathers, with the stare of a Jules Winnfield in Pulp Fiction. The trio of friends in the spades is where the real drama is. Friendships can last forever, but when new blood is added to the mix, we begin to see a side of Selah that is not so friendly.

On top of the multilayered drama is what felt like veteran direction from Poe. The framing, costume design, hair & makeup, overall look of Selah and the Spades is fantastic. It’s a modern day Othello, but in her own vision, which is something entirely unique. Rising above all of that, is the performance by Lovie Simone, who has created a character that audiences will love and hate. I personally thought her character was perfectly complex, filled with angst, a need to be loved by others, and a coolness that has you understand why she’s the leader. That’s what makes Selah and the Spades great. It’s a fresh, new
look at high school, a creation of a new universe, new talent, and a reminder that it might just be a brief time period, but those teenage years can be brutal. Either way, checking out Selah and the Spades is a club you will want to be a part of. 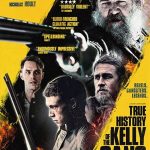 True History of the Kelly GangReviews 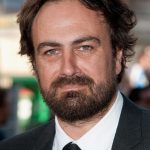