I’ve always felt strongly, that the stories must be told, in every medium, about what all Jewish people went through during World War II. No matter how repetitive or similar the stories may seem, we must see a purpose in it. Yes, sometimes the director or performances might not get it right, not everything can be Schindler’s List. Resistance, tells the story of famous theater actor and mime- Marcel Marceau (Jesse Eisenberg), and it’s a fascinating, even shocking pice of history, a story that I certainly never knew about. Director Jonathan Jakubowicz (Hands of Stone) is not interested in telling us about the later parts of Marceau’s life, but he is focused on showing the sacrifices, the journey, and the heroics that he was a part of, all during a time of great terror. Marceau stopped his focus on acting and chose to fight in the nazi resistance group- the OJC (Organization Juive de Combat). Resistance is a solid drama, lacking in finding a deeper sense of the man, but it tells a fascinating story of courage, with Marceau using his art and his love, all in order to save thousands, upon thousands, of orphaned Jewish children.

We start in 1943, with General Patton (Ed Harris), standing before his platoon, hoping to provide his troops with inspiration for the reason they make such great sacrifices. The narrative flashes back to the early life of Marceau. He is living in France, working in his father’s (Karl Marcovics) butcher shop, hoping to one day marry his love interest Emma (Clemence Poesy), and also helps his friend George (Geza Rohrig) by entertaining the children at his orphanage. Marceau has dedicated his life to the theater, specifically pantomime, and his hero Charlie Chaplin. The antagonist character that embodies the presence of evil is a nazi general named Klaus Barbie (Matthias Schweighofer). His tactics are inhumane and his madness is on par with Amon Goeth from Schindler’s List. With his fury and the advancement of the nazis into Europe, Marceau and his family are pushed out to Lyon, France, left with no other choice but to fight back for the children and the resistance.

Much of Resistance is focused on one human being’s effort to bring happiness, which is something that Marceau was able to radiate, doing hand puppet gestures, magic tricks, and funny one-man bits, all while gunfire goes off in the distance. The script from Jakubowicz, however, isn’t interested in keeping things light for long, which makes an interesting contrast from last years Oscar winner Jojo Rabbit, a movie that also deals with children surviving during Word War II. I would even argue that Resistance is the anti-Jojo Rabbit. It shows, on full display, the bleak horrors that Jewish youths had to witness at the hands of nazis. It’s almost impossible to see how Taika Waititi was able to make a satire out of the situation? Children subjected to seeing their parents murdered in front of them- Game of Thrones star Bella Ramsay plays 14-year old Elsbeth- and she becomes the main, central voice for all the children. She is a representation of lost innocence, a pain forced upon the young. They had their parents ripped away, find themselves in an orphanage, and then the narrative shifts to the grueling trek to survive. Without someone such as Marcel Marceau, who knows what the numbers of lost children would have looked like.

The story of Resistance is too good to ignore, too powerful to not be impacted, and the production is strong. The performance from Jesse Eisenberg is also outside of his comfort zone, something I was impressed with. There has been a bit of redundancy in the performances that Eisenberg has given in the past. Mark Zuckerberg in The Social Network, Woody Allen’s nervous man in Cafe Society, and the maniacal Lex Luthor in Batman vs. Superman, all have been his typical routine. Here, Eisenberg is more reserved and even more inspired with the Chaplin-like style of Marceau. One of my major complaints is that Resistance does not allow Eisenberg to do enough. The depth of character is missing, but the intrigue in this story is certainly not.

At the end, as bleak as it can be, Resistance remains a miraculous tale. The final act is well done tension, with Children being led across the Swiss Alps, fighting to survive, hiding in trees, all created by Jakubowicz. One even begins to wonder why Marcel Marceau’s story took so long to be told, but at least they did it with justice. Resistance tells a harrowing tale and the power of being an artist in the darkest of times. 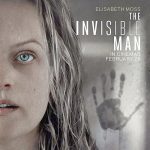 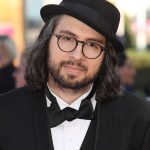