There are many ways that I can approach writing about Tom Hooper’s Cats. I could be plucky and say it’s such a bad movie that you will have fun with it. Go see it and witness the movie everyone loves to hate! I could be scathing and tell you it’s the most abominable piece of cinema ever concocted by people in the industry, even some that have had a shred of success. Alas, I think the way I am going to go about this, however, is to lament the amount of money spent on this absolute trash fire. Cats is as awful as the way you felt when you saw the first trailer and only proceeds to torture the audience from beginning to end. The Andrew Lloyd Webber musical was a smash-hit on broadway, for what reasons I could not explain, but for some reason (probably money?) Tom Hooper thought it would be a good idea to put a cinematic spin on this gathering of hideous human-felines. With CGI graphics that will give you nightmares, music that barely holds a tune, and a cast that seems to have zero respect for itself. Cats is the worst thing to happen to eyeballs since glaucoma.

Describing the plot alone is pointless and pathetic. It involves a lot of cats, each one being introduced to us, one by one, in hopes that they will become a “jellicle cat”? The new cat thrown into the alley is Victoria (the fresh faced Francesca Hayward) who is then approached by human-cat after human-cat, cat singing and cat dancing, explaining why they should be chosen as the “jellicle cat”, who will go off to a magic place in the sky where they live forever. At least I think that’s what they’re doing? The characters of cats are extremely strange. Rebel Wilson’s Jennyanydots might be the worst, scratching her nether regions and conducting a parade of human-hybrid mice and cockroaches. The bad guy is Idris Elba’s brown furred mutant Macavity, who has some magic power to send cats to an isolated barge on the Thames river. Then there is James Corden’s fat cat Bustopher Jones, complete with pratfalls at every turn, or Ian McKellen’s elderly Gus the Theatre Cat, and then Old Deuteronomy (Judi Dench) is the sort of soothsayer cat, dragging herself around to choose the “winner”. Each one uniquely strange, each one certain to conjure up nightmares.

Typically, I wouldn’t trash a movie that tries as hard as this movie does. I genuinely respect the hard work it takes production crews, actors, writers, and directors to collaborate and make art. The problem with that outlook, however, is when I think about how nobody on this set or in post-production thought to say something. How? It’s one thing for a live-Broadway musical to feature a cast of actors in cat costumes, painted faces, and asking the audience to imagine humans as real cats. In this instance, the CGI is a mixture of pixelated fur, with human hands, feet, and faces, creating the spawn of some hideous concoction. It’s a mixture of Francisco Goya’s painting “Saturn Devouring his Son”, with an explosion of glitter, and the animation of one of those Bratz dolls. It’s legendary actors, such as Sir Ian McKellan, Dame Judy Dench, Idris Elba, and Rebel Wilson all walking like humans, licking milk from saucers, and rambling on to music that can barely be hummed. The films only highlight is the singing of “Memory” by Jennifer Hudson as Grizabella, where at least her effort is great, which is typical for her. Still at no point does Cats deserve the audience’s sympathy.

The final word is this: Cats is by far the perfect example for everything that is wrong in Hollywood. The money that can be made outweighs the fact that it shouldn’t be made at all. Tom Hooper, who has typically made highbrow kind of films, such as The King’s Speech or The Danish Girl, should take his licks and go back to the drawing board. I am greatly reminded of the brilliant word of Ian Malcolm in Jurassic Park, “Your scientists were so preoccupied with whether or not they could, they didn’t stop to think if they should.” Make no mistake about it, Cats will go down in history as one big turd in the litter box of cinema. 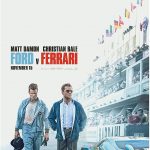