I couldn’t for the life of me, remember the details about Olympus Has Fallen or London Has Fallen, prior to seeing the new action installment- Angel Has Fallen. Oh, I saw both of the latter movies, but I had forgotten their existence as quickly as I had forgotten what I ate for lunch last week. Olympus was the one where Gerard Butler had to save the White House from a group of terrorist. London was where Gerrard Butler had to save the city of London from a group of terrorists. Both of them, geared as action movies for idiots, involve our red blooded American hero (Butler is from Scotland, but I guess who cares?) saving the day. What’s hilarious about this new addition to the “Has Fallen” saga, is that director Ric Roman Waugh (Shot Caller) is hoping you’ve forgotten about those two first movies, just like I did. In fact, it was an entire day later that I noticed that Secret Service agent Mike Banning (Butler) had a completely different family now. The plot for Angel Has Fallen takes a page out of a movie like The Fugitive, but inserts the macho, gun toting idiocy, where people shoot at others in public, every person has a gun, is wearing full tactical gear, and nobody, not even the American government can be trusted. Angel Has Fallen is in short- trash. A movie hell bent on making everyone believe they need to own a gun to survive, mistaking explosions for actual entertainment, and worst of all, wanting us to care about it all.

In the first two movies, Mike Banning’s wife (played by Radha Mitchell) and son were the loved ones at home, worried about their husband/father being hurt while working to protect the president. Now, Mike Banning’s wife is played by Piper Perabo and the two have a young daughter (WTH?). After saving the president on multiple occasions, Mike is now second in command to protect newly appointed president Allan Trumbull (Morgan Freeman). With hopes of a promotion, Mike has had a hard time keeping migraines and past injuries at bay, making it difficult for him to be ready for the top roll. He relives his glory days with old friend and military contractor Wade Jennings (Danny Huston), but even his friend’s passion for the fight, can’t change the fact that they’re getting older. And just when Mike thinks he’s done, an attempt on the life of the president leaves Mike framed, and on the run from his own government. He is forced to seek refuge from a person that has not been there for him, his own father (played classically grizzled by Nick Nolte).

Those are the plot points of Angel Has Fallen, but there’s much more to discuss. The week leading up to my screening, the mass shootings in El Paso and Dayton had taken place, which always sets a tone for any action movie, but specifically this one. I found it to be much harder to swallow Angel Has Fallen‘s passion for cartoon violence and especially because director Waugh, and four other writers, are trying to smash a watermelon with a hammer and call it art. Unlike the stylized violence of John Wick 3 or any of the biting humor from a Die Hard picture, Angel Has Fallen isn’t even fun. It’s terror porn, for people in the world that view everything through a Fox News lens.

What I did take away from Angel Has Fallen is that this is one of the first movies that feels inherently current for America’s divided times. I don’t even know which side this movie is for? Throughout the narrative, there are mentions of possible Russian meddling, a subtle commentary on not being able to “trust the news”, and enough gun usage to be a free advertisement for the NRA. At best, Angel Has Fallen wants to have its cake and eat it too, trying to thread the needle of being pro-America and against the countries corruption. The final result was a movie that I loathed more with every minute. The day after my screening, I read the news about a man that walked into a Wal-Mart carrying his guns, dressed in the same military gear that Mike Bannon would wear. That man was arrested because he scared the crap out of everyone just trying to shop. My guess is he would like Angel Has Fallen. This movie is for him, I guess. All I can think is that if were making movies like this for people to enjoy, then God help us. 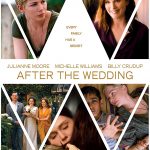 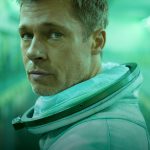