Director Guy Nattiv is talking from experience. The oscar winner has made films, that not only tell a story, but enlighten us about the struggles that someone can go through. He’s a true “walk in a persons shoes” type of director. His previous works The Flood and Strangers, all had a personal touch of Nattiv’s life. He is a man that was born in Israel, has experienced the sting of bigotry from others on various occasions, and yet, he still fights to find forgiveness in the end. That same kind of understanding is present in his oscar winning live-action short- Skin (2018) and now he takes this story to another level in his feature length version with the same name. It is a story that follows a white supremacists named Bryon Widner (played with shocking authenticity by Jamie Bell), a man that grew up with hatred, tattoo’s all over his body, and found a way to escape the person he had become. I had the chance to interview Guy Nattiv briefly for AMovieGuy.com and it’s obvious that this is a man that wants to use cinema to bring us together, not divide us. Read it here:

AMG.COM: I watched your first feature Strangers last night, obviously you have a passion for figuring out why humans have their differences, but where does this come from? What drives you to bring people together?

GUY NATTIV: First of all, Strangers was the second short film that I did and then turned it into my first feature. Strangers is what happened to me when I went with my good friend Ares to Bavaria, Germany. We were sitting on a train and a couple of skinhead neo-nazi’s came on-board. There was a muslim man with us on the train and we needed his help to escape the situation, so the movie came from that reality. That was 2004, so that day and experience did not leave me for many years, because as an Israeli, as a 2nd generation to holocaust survivors, to see that in Germany, to feel that on your own skin, it was terrifying. That theme keeps coming back and when I moved to the states 5-years ago, I had something similar happen to me in Los Angeles, when somebody called me “dirty jew”. I was just speaking hebrew to my wife.

AMG.COM: What about these themes?

GUY NATTIV: It’s just something that inspires me as a filmmaker. I feel that you can do entertainment, you can do escapism, or you can do movies that mean something to the world. I’m a big fan of films from the 70’s, Dog Day Afternoon and all the Sidney Lumet films. Filmmakers that really were social and political back then. I feel as filmmakers, that we have a powerful tool that we should use in order to bring a message to the world in some way.

AMG.COM: How long into the making of the Skin Short, did you know you wanted to take this story and make into a feature length film?

GUY NATTIV: Here’s a crazy story about it, I was in a long-distance relationship with my wife, Tel-Aviv & L.A., we got married, and I knew I was going to move to the states, but before I moved I read this article about Bryon Widnor. I flew to Albuquerque, New Mexico to meet him, his wife, and it was a very powerful meeting. I got the life-rights on a napkin, believe it or not, so I started writing the script immediately. That was when Barack Obama was the president and Hillary is predicted to become president. The script was ready after two years, and nobody from Hollywood, producers or independent film representatives thought that skinheads, neo-nazi’s, or fascism, was a subject matter worth putting their money into. I got a lot of no’s, no’s, and more no’s. I’m telling people, “I did the research, I know what is going on. It’s not just five random people from the midwest. These are real gang members, it is a threat to our country”, but the response was, “no we’re gonna pass.”

AMG.COM: How do you recover from all the rejections?

GUY NATTIV: All of my films, and Strangers is one of them, were shorts before the features in Israel. I met with my wife and said, “I don’t know what to do, so let’s make a short.” My friend Sharon Maymon from Israel called me and…you saw the short right?

GUY NATTIV: My friend called me and said he had an amazing idea and he gave me the idea of the ending. I thought it was very bold and crazy, I read another article, about a neo-nazi skinhead- the father taught his son how to shoot Mexicans at the border and the son was only 10. Then one night, the father came home drunk at 2 a.m. and the son thought he was an African-American intruder, took the fathers gun and shot his own dad in the head. With that story in mind, we wrote the script for the short over a weekend. My wife and I put all of our retirement money into the short, made it with good friends, Danielle Macdonald, she is basically a neighbor of mine. We sent the short, when it was made, to the entire world, producers were saying they were interested now because they got it. Then Trump got elected, Charlottesville happened, the synagogue massacre in the east coast, fascism rising, and suddenly the Skin feature became relevant.

AMG.COM: And how did you get the push to have it made?

GUY NATTIV: We made the feature with the amazing vision and ballsy risks from people. Oren Movermen my producer, my inspiration, and mentor. Celine Rattray. Trudie Styler, she is Sting’s wife. Sting saw the short and he told his wife, “I think it’s one of the best shorts I’ve ever seen, you’ve got to do the feature.” They came on board, they brought their money, so suddenly were doing the feature in upstate New York, the short was in film festivals. We didn’t get into Cannes or Sundance, or Berlin, but then we won for Holly-shorts, a small film festival that is certified for the oscars. So I sent it to the oscars and said “hey, whatever happens, happens.” I’ve been there before and missed out, it was heartbreaking. We then got the feature into Toronto, which had a big standing ovation there, and then we get the news that the short was on the oscars short list. Then the rest is history, a nomination, and winning the oscar, the feature then gets into Berlin, but honestly the best thing that happened in 2018 & 2019 is the birth of my daughter Alma, it was just an amazing experience after years of struggling, that’s the really big award.

AMG.COM: How would you respond to someone that says, white supremacists don’t deserve our sympathy, empathy, or redemption? Or their stories turned into films?

GUY NATTIV: Here’s the thing, I’m not forcing anyone to love this character or to accept him. What I do want, I just ask the question for the audience, “do you have a place in your heart to accept a monster who wants to become a human being?” That’s what I’m asking. You know my grandfather, who is a holocaust survivor, lost his entire family in the holocaust, he forgave, well I wouldn’t say forgive, but he accepted the new generation of Germans. I had a German girlfriend 15-years ago, and I asked my grandfather, “how do you feel about that?” His response was, “these are not the Germans that killed my family.” It’s a new generation and you need to have a place in your heart for forgiveness. That’s what my grandfather taught us. That is how in 1978 Israel made peace with Egypt, you make peace with enemies, not with your friends. We need this dialogue, I’m not forcing anyone to forgive Bryon Widnor,  I’m just saying, talk to him. Listen to what he has to say, and only by that, we have a chance for a real peace.

AMG.COM: I want to ask about working with Jamie Bell. I think he is a fantastic actor, was he your first choice? And did you go over the script and the character with him at all? Or did you just let him do his process of becoming Bryon Widner?

GUY NATTIV: Oh my god, Jamie Bell is a brilliant force of nature. A guy who gave 250% to become Bryon Widner, he went there, he lived with him, he gained thirty pounds, he also went into this mindset, a dark mindset, and he went to his dark experiences in order to be Bryon Widner. It was just phenomenal, he’s just one of those actors, he became somebody else. You would not even recognize him at times. I think it is his best work. Such a joy, I learned from him so much, he is a humble gentleman. I’m honored and he’s a good friend.

AMG.COM: Thank you again Guy. I thought the film was very good.

GUY NATTIV: Thank you my friend. 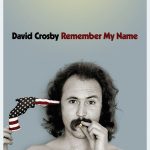 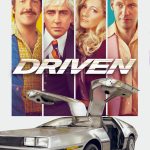