Standing at no bigger than five feet tall, Ruth Westheimer packs the greatest punch of them all. The sex therapist that we all know as Dr. Ruth, is the most unlikely of documentary subjects and yet, is the focus of a film that is by far one of my favorite documentaries of the year. It’s important to learn something when you watch a documentary, but what can you learn from a woman who became famous for giving sex advice on the radio, you might ask? As I came to find out, anything and everything. Ask Dr. Ruth is an adorable, enlightening, and happy film, capturing moments in the life of this 90-year old woman’s life, taking a stroll to her past, and showing us that great things come in little packages. Ask Dr. Ruth filled my heart with joy.

Anyone who has made it to the age of ninety has seen a few things in their time, but for Ruth Westheimer she truly has lived through it all. It’s a documentary about how Dr. Ruth became famous for her honesty about sex, the delightful spitfire made a name for herself quickly, becoming the number one radio show in New York city, telling men and women what they needed to hear about a subject that many shied away from. It’s also about much more than that, as director Ryan White does a near perfect job of capturing her in her element, walking down the streets of New York, greeting everyone with a smile, the work she does to educate students at Columbia University, what has made this woman so special, and what she went through to become the celebrity she is.

By today’s standards of “celebrity doctors” attaching the monicker “doctor” to the front of a name like Phil is all you need to be a voice of authority on television. For Ruth Westheimer, there was no celebrity behind it, she was an immigrant that became interested in psychology, educated herself, and found a place during the eleven o’clock hour to talk sex. Her celebrity was never a sure thing, but her road was a long traveled journey. Ruth’s parents made the painful decision of sending their daughter to an orphanage in Switzerland to save her from the nazi invasion. This decision, the pain of this reality is captured in beautiful, sad, and emotional moments. There are also animated dramatizations which add a gentle, but impactful telling of Ruth’s story. In an instant, audience members will think of Dr. Ruth as a character, to a beautiful hero.

You may say that there are countless stories such as this, but what Ask Dr. Ruth does an even better job of is pacing the balance between Ruth’s past and present. The woman is still a resident in the same apartment that she moved into some 55-years ago. She becomes candid about all three of her marriages, the reason for their failures, the reason why the third one lasted for over thirty years, and her ability to avoid politics without forgetting her stance of subjects such as abortion or STD’s. Ruth Westheimer is someone who has not only talked the talk on radio, television, and commercials, she has walked the walk. After watching Ask Dr. Ruth you won’t just trust her views on sex, but it will inspire you to live your life as she has.

Is a film about Dr. Ruth breaking the mold of documentary films? Not necessarily, but I was in extreme awe of this woman. Her story is an inspiration to us all, as a person that has lived life bright and joyful in every way. Even after seeing the worst of what humanity has had to offer, she still reaches out to others, hoping to bring a message of safe sex, help those that are struggling in their relationships, and loosen us up from the tightness of societies conservative views on sex. Dr. Ruth is a beacon of hope, an inspiration to live life happy, and a damn good doctor too. You can Ask Dr. Ruth anything. She will listen. She will tell you what you need to hear. 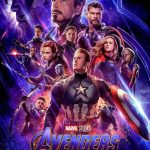 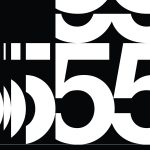