With Captain Marvel being the 21st installment into the Marvel cinematic universe, you likely have an idea of how their formula is working. The more movies that are added to the pile, the more of an episodic tone bubbles to the top, making it more comparable to a season of Game of Thrones than anything Francois Truffaut ever did on celluloid. Sadly, it took twenty movies for Marvel to venture into a female lead character, and although the phrase “better late than never” rings in my head, I can’t help but feel disappointed in the final result. Captain Marvel has light dashes of levity, some familiar origin story tropes, and a cast that brings their best efforts. A great Marvel movie? No. An enjoyable middle episode? Sure. After the massive success of Black Panther though, the final grade does not sit well.

Brie Larson brings her Oscar winning resume and months of training to tackle the role of Vers, or as we later come to know her- Carol Danvers. She is a fighting hero on the planet Hala, along with fearless leader Yon-Rogg (Jude Law), who trains her tirelessly, and is there to remind her that using emotion is showing a weakness. It’s a similar story, like The Matrix, Pacific Rim, or any other movie with a student and pupil. The young padawan must learn from the master, before fully becoming the superhero she is. The villain is a shape shifting alien species known as Skrulls, lead by Talos (Ben Mendelsohn really hamming it up), who along with a few of his minions, ends up bringing Danvers back to earth in the year 1992. Blockbusters are still in business, as she crashes into one, but now our hero must find the remaining Skrulls and get back to her crew.

In order to change up the way most origin stories are told, instead of going from a starting point and ending with powers fully realized, co-directors/writers Anna Boden and Ryan Fleck are working with a character that can’t fully remember who she was in the past. The only hint of her past is a woman she sees in the Kree technology known as Supreme Intelligence (played by Annett Bening). This makes it an origin scavenger hunt, instead of a heroes rise. Along with co-writer Geneva Robertson-Dworet, Captain Marvel starts with interesting action and grinds to a near boring halt. Carol Danver’s journey of finding out who she was is informative to a fault. On earth she meets a youthful looking, two-eyed Nick Fury (Samuel L. Jackson younger with the magic of technology) and together they go looking for Carols past, her career in the air force, and why she can blast fire from her hands. What we find is a lot of draining information about a universe that continues to grow beyond my comprehension.

Some of the other problems revolve around the time. The setting of the 90’s makes for a fun reminder to a kid such as myself, who grew up with Nirvana, Green Day, and Street Fighter arcade games. That’s it though, a reminder. Boden and Fleck don’t seem to answer why the movie is set in the 90’s, but they love the ability to drop a song by No Doubt. Which is not to say I wasn’t amused at times. By the end Captain Marvel finds an action-packed groove. When Larson’s character begins to truly harness her powers, so does the Short Term 12 star. In some scenes, it’s obvious she is posing too much for the camera, but when she hits confident grooves, Larson could be one of the next best Marvel superheroes. Plus, there’s an even more fantastic buddy movie with just Fury and Danvers for the sequel.

In the end, Captain Marvel is fine. It’s lacking in the delightful humor that Ant-Man and the Wasp generated, better than the first two Thor movies, and leading us to another face-off with Thanos in Avengers: Endgame. This is a middle of the pack Marvel movie, but something tells me the next time we see Captain Marvel, she will be faster and stronger than ever before. 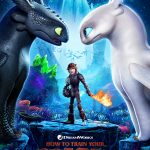 How to Train Your Dragon: The Hidden WorldReviews 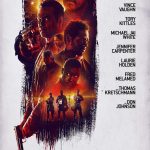