I guess all it takes for me to be moved by cinema is a beautiful score, in your face cinematography, and Willem Dafoe. At Eternity’s Gate is about the artist Vincent Van Gogh, his life, what inspired him, and his tragic death, but it doesn’t try to reenact his entire life. Dafoe’s performance is not layered with makeup or changing his vocal inflection. It’s just Dafoe as Van Gogh. Instead, this is a study of an artist. The study of the environment around him, which inspired such gorgeous paintings as Starry Night, and living in the moments of his life, all of which were taken for granted. Julian Schnabel’s At Eternity’s Gate is a beautiful spark of inspiration.

It’s quite interesting that we get At Eternity’s Gate exactly one year after the Oscar-nominated- Loving Vincent, which told the story of Van Gogh’s life through animation that looked exactly like the artists oil paintings. The two films make a near perfect double-feature, but both tell the life story differently. Loving Vincent is more of a moment to moment telling, whereas At Eternity’s Gate is comparable to a Terrance Mallick film. This is all about getting into the head of the artist, with cinematography by Benoit Delhomme that moves from side to side, around the face of Van Gogh, standing against golden sunsets, and fighting against the pain of his depression. Many of us know the story of Vincent Van Gogh already, but here we can relate to his unstoppable pursuit of perfection.

The supporting cast around Dafoe is minimal, with Oscar Isaac in the role of Paul Gauguin, often admiring Vincent for his naive commitment to become a respected artist. A scene in a bar, filled with local talents, pushes Gaugin to the edge, angering him for their lack of creativity, and leading to a conversation on the Paris cobblestones, contemplating with Van Gogh about escaping the world they know. It’s a foreshadowing for where Van Gogh will eventually find himself, but so goes the never ending, painful battle between an artist and his art.

I cannot say that At Eternity’s Gate is a dazzling affair, but I was inspired. This is an artistic film, about an artist, and what it means to be an artist. Director Julian Schnabel seems less interested in telling us about pivotal moments in Van Gogh’s life. We never see the man cut his own ear off. We only see his face, wrapped with bandages around his head, staring into the camera, asking us to understand what could truly make a man do such a thing. A majority of Van Gogh’s work did not earn the acclaim it deserved till much later in life, his still life’s mocked, his water colors criticized. You too would go mad when your passion does not amount to the success it deserves.

Later scenes involve a conversation between Van Gogh and a Priest (played by the always stoic Mads Mikkelsen), which becomes an in-depth discussion of what it means to express ourselves and if heaven truly exists. It is information learned later, about Van Gogh making drawings in a black ledger borrowed to him by a woman he was involved with, wasn’t discovered till 2016, revealing more beautiful works from a man who never stopped painting. It’s a fascinating footnote in a life, much like many other great artists, deserves as many biopics as one could see. Of course we wouldn’t want to see a conventional telling of Van Gogh’s life. This is a man who was unconventional and it’s fantastic to see Willem Dafoe portray the man. At Eternity’s Gate is a movie that will go on forever. 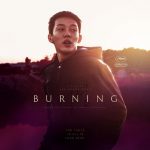 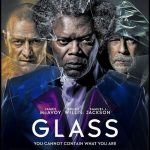