Relaxer is the one movie at Fantasia 2018 that is a spot-on metaphor for how life seems to be going today. A man is challenged by his brother to get to level 186 of pac-man, never able to leave the couch, while the world is burning outside. It’s Y2K and Abbie (Joshua Burge) is determined to prove his brother Cam (David Dastmalchian) wrong, where the stubbornness of Relaxer makes for a unique, but challenging piece of cinema. Director Joel Potrykus made a movie about a guy on a couch, which will seem like a bore to some, but surprised me at how well he pulls it off. The performance from Burge is impressive, with humorous and stylish direction from Potrykus. If you want something different, Relaxer is the way to go.

Madeline’s Madeline reminded me greatly of the micro-budget film The Fits. They are completely different stories, but the style of filming places us in the head of our lead character Madeline (played by the fabulous Helena Howard, a rising-star), who is a beautiful, sometimes shy, and often doubting herself teenager. She enrolls into a theater class that challenges her to be something else, but sometimes the stress from her mother Regina (Miranda July) drives her to a different place. The direction from Josephine Decker is what this movie really highlights. A dreamlike look, with various shifts in tone, capturing what it is like to struggle with depression, fear, and freedom at a young age. I want to see Madeline’s Madeline again because this film captures what growing up is about unlike many films of recent. It reminds me of Beasts of the Southern Wild, only this time in New York.

The introduction to detective Seok-do Ma (played by the fantastic Dong-seok Ma) is both funny and painful. And by painful I mean it for the guy whose hand he breaks. The Outlaws is based on true-events and it runs on par with the standard Korean gang crime thirller, but it has Dong-seok Ma who is Korea’s version of Dwayne Johnson. He’s massive in stature, but as soft as a kitten, and he’s on the case to stop a turf war between a trio of Chinese killers and the fading Korean gang. The Outlaws is the perfect mixture of nasty fights, comedic falls, and massive set pieces. It is essentially everything you want from a movie at Fantasia 2018.

THE MAN WHO KILLED HITLER AND THE BIG FOOT

With a title and a concept as outrageous as The Man Who Killed Hitler and the Big Foot, you are probably expecting something completely insane, right? And you would be wrong, which is one of the more disappointing aspects of this new movie starring Sam Elliot. Possibly the entire point of director Robert D. Krzykowski film is to throw his audience off, but this is not much of a wild action film, such as Inglorious Bastards or Abraham Lincoln: Vampire Hunter. This is a movie about Calvin Barr (Sam Elliot), a man who fought in WWII, killed the leader of the third reich, and because of his service, missed out on the love of his life (Caitlin FitzGerald). There’s not much action here, it’s actually quite sad. The performances are strong across the board and Elliot can do this in his sleep, it was just a big shocked that a movie with that wild of a title, could be so tame.

There are few films that are as meta as Chained for Life. Aaron Schimberg’s directorial debut is a bit in the vein of a Cohen Brothers film, or a Mel Brooks parody, in that it pokes fun at the very industry it is a part of. Mabel (Jess Weixler) is a beautiful star, making a wild horror movie about a doctor that performs surgeries that mutilate people. Her character becomes blinded by acid and miraculously falls in love with Rosenthal (Under the Skin’s Adam Pearson) who suffers from a condition with facial tumors. The art becomes reality, as Mabel and Rosenthal become friends, possibly romantic with one another, and the actors that have various deformities become the stars of the film. At a certain point the narrative repeats itself too much, but there are plenty of laughs, and a fantastic message about how one does not have to be beautiful to be cast in a movie. 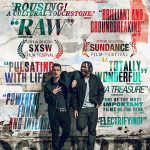 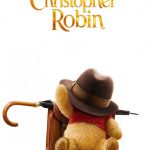