An opinion can be formed in mere minutes from what we read on the internet or watch on TV. Constant information pumped into our minds. Watch three different surrogates for the current White House administration “debate” on various cable news channels, and each using identical talking points, like it was programmed into their heads like a robot. This is preceded by followers making the exact same points on their own Twitter page or using it in conversations at the dinner table. People are easily influenced by what they want to believe and in director Johnny Kevorkian’s Await Further Instructions, it is a spot-on allegory for the way news propaganda (*cough* *cough* Fox News) can destroy a family. It’s Christmas time and Nick (Sam Gittins) returns home with new girlfriend Annji (Neerja Naik) after a few disconnected years. Sadly, the family still doesn’t agree on anything and when a supernatural occurrence takes over their home, and the TV spews out instructions to follow, or else certain death, the family becomes divided. The disagreements lead to limbs removed and lives lost. Await Further Instructions is a diabolical sci-fi/horror flick, where doing what you are told is not always the smartest decision.

On the surface, Await Further Instructions could be perceived as a Saw-type horror film, but director Johnny Kevorkian and the script by Gavin Williams is much smarter than you initially believe. It’s the typical pressure cooker scenario, a group that has disagreements with one another is trapped inside and forced to work together. What I frequently enjoyed, however, were subtle messages in each decision made. The characters are a bit stereotypical, but represent many figures in society today. Father Tony (Grant Masters) is cold inside, someone who has shut his feelings off, which he learned from abusive and racist old Grandad (Game of Thrones’ David Bradley). Mother Beth is reserved and just wants everyone to get along, while sister Kate (Holly Weston) and her british husband Scott (Kris Saddler) think anyone who is smarter than them is trying to show them up. These characteristics seem standard, but each person has an ego, a way of making their trapped situation even worse, and each direction is more diabolical than the next.

What I particularly enjoyed about Await Further Instructions is how current it felt. Whatever you want to believe, but families today are fractured, torn apart by the differences in political views, social beliefs, and a lack of genuine decency in the world. Johnny Kevorkian’s work is in tune with that world, making a film that feels original, intense, and puts a fantastic new spin on family dysfunction. Not to mention the subtle hint that technology can be what tears us apart. There is a painful grip of stubbornness from the elder characters, looking down on Nick and Annji because they are not stupid enough to believe the TV or inject needles into their bodies because a box tells them so.

Each character’s demise is conducted in a wild fashion, including cinematography that creates a claustrophobic tension, and a cool mixture of practical effects. There’s plenty of reasons to appreciate Await Further Instructions, but mainly it’s because it feels like a throwback to classic sci-fi horror of the past, with a relevant message. Films like David Cronenberg’s Videodrome or any John Carpenter film could easily be compared, but Kevorkian has made his own unique genre flick. Just listen to my message and see Await Further Instructions. It’s the best messed up family film of the year. 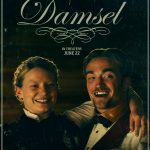 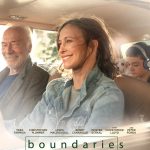