It feels good to know a movie as caring and understanding as A Kid Like Jake is out there in the universe for families to experience. Here is a film from director Silas Howard that I recommend to everyone. Veteran parents, new parents, expecting partners, and anyone else will find empathy in this honest portrayal of a loving family. Claire Danes and Jim Parsons star as Alex and Greg Wheeler, parents to a creative, brilliant boy named Jake. What makes Jake a bit different are his interests. He likes wearing a tutu, plays make-believe with other girls, and has two copies of Disney’s Enchanted. These differences will cause new challenges, but what Howard and writer Daniel Pearle have made is a film focused on the parents, dealing with their own fears, while Jake is just being a kid.

I think I added up a total of three scenes where we actually see Jake (played by Leo James Davis). His existence in the film is brief, but his presence is powerful throughout. Alex (Claire Danes) has stopped practicing law to become a stay-at-home mom, while Greg (Parsons) is a therapist and often trying to keep his own family problems at arms length from his work. With Jake soon to enter into first grade, the competitive and fierce decision of sending Jake to a New York private school becomes a matter of protection for their son. Will Jake be accepted by others? His test scores are through the roof, but how do parents and other adults deal with a child that is gender fluid? That’s what is at hand, but what is never missing is love.

As a recently new parent, I found A Kid Like Jake to be the perfect message for anyone who keeps their head in the sand, thinking this story couldn’t be their own child. The script from Pearle was originally based on her play of the same title, and when this film hums is during intense, in-depth conversations between adults. Frustrations erupt when Jake is acting out while his parents are on a double date. A miscommunication between their friend Judy (Octavia Spencer as her solid self) leads to words they wish they wouldn’t say. Danes delivers an excellent performance, and even though the first act feels a bit rocky, Jim Parsons picks up the weight in the second half as a father who is honest with his “situation”, if you can even call it that.

Last year the success of the family film Wonder was quite a surprise, even to me, considering I left that film a bit cold. I think what A Kid Like Jake gets more than Wonder, is it never sugar coats reality. Other children can be mean to Jake and it’s only normal for our parents to feel that concern. Wonder had a great message, but it seemed to also live in a fantasy world where kids easily get along and everything is perfect.

The underlying message weaved throughout A Kid Like Jake is hope. The narrative style by director Silas Howard is a film that subtly reveals what matters: while our parents are worried, kids are just being kids. Yes, they may be a bit different from one another, but that will always be what makes life fantastic. It’s right for people to be worried in this cruel world, but Jake is smart, inventive, and often happy. By the time our story comes to a close, what will remain is a family of three. It is the things that make Jake happy that matter. Whether he’s wearing a dress or an astronauts helmet, I have confidence in A Kid Like Jake. It makes you want to be a kid again. 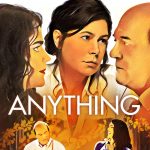 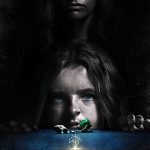