There comes a time where that one role can boost the career of an actor, projecting them into superstardom. For Tom Cruise it was Maverick in Top Gun. For Jennifer Lawrence it was Ree in Winter’s Bone. Or for Leonardo DiCaprio it was Jack Dawson in Titanic. And for Zoey Deutch I believe that film is Flower. The daughter of Leah Thompson and director Howard Deutch came onto the acting scene as the sparkle-eyed love interest in Richard Linklater’s Everybody Wants Some!! and proved her leading star ability in the high school romance drama Before I Fall. Flower, is a coming-of-age dark comedy, where she plays Erica, a 17-year old who uses her sex appeal to extort money from dimwitted men, in hopes make enough money to bail her father out of prison. That at least was the plan, until her mother’s boyfriend moves in with his son Luke (Joey Morgan) and mixes things up. Flower is the perfect vehicle for Deutch and a surprisingly delightful mixture of laughs and drama.

The opening scene of Flower involves Erica giving a blowjob to a police officer. She finishes the “job” only to reveal that she’s only 17 and that her friends have been recording the entire act on their phones. They usher the poor sap to the nearest ATM for a substantial payout. This is all part of Erica’s plan, which is both reckless, and a form of her sweet girl power revenge, proving that she may look innocent, but she’s grabbing the world by the throat. This is all part of her no-care attitude, as she hopes to escape her mothers (Kathryn Hahn) personal life drama, and make a path for herself with all the money she’s earned from poor pathetic schlubs.

It’s hard to imagine any other actor playing the lead character in Flower other than Zoey Deutch. The direction from Max Winkler (son of the famous Henry Winkler) is keenly aware that she is the films center, along with a sharp, and witty script from Alex McAulay, Matt Spicer (Ingrid Goes West), and Winkler, allowing her to bloom with bright energy. There is not a single scene without Deutch, who delivers a deep performance as someone who can handle herself with the high school bully and can become emotionally complex when her characters life choices begin to spin out of control. It all works because Zoey Deutch delivers a towering performance.

Later, when her mother’s boyfriend moves in with Luke, a bond forms between the two. Luke is a recovering addict and Erica feels disconnected from the rest of the world, so they share moments over music, hanging at the bowling alley, and getting high at night. One night out, Luke sees his former teacher Will (played by Adam Scott), the same guy who had molested Luke, changing his life forever. Erica plans to help Luke by making an example of the assailant, but as she gets a bit closer to Will, she starts to realize her treatment of others may not be the way she wants to live.

Along the way, Flower takes a turn from the dark comedy to flat out dark. Some viewers will see this as an odd shift, but I actually welcomed this dramatic flip. I found the direction from Winkler as confident and it all radiates through Deutch. Flower is fresh, entertaining, and a welcomed new type of coming-of-age story. It’s like Lady Bird’s dysfunctional step-sister. Instead of the standard cliché of learning a lesson along the way, our hero grows, while making massive mistakes in the end. It is a narrative that becomes the perfect vehicle for a performance that propels Deutch to her full potential. This is an actor who has everything it takes to be one of the biggest stars in cinema. She’s a budding success and now she’s fantastic in Flower. 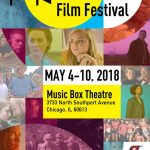