When a movie succeeds at telling a heroic war story, my emotions are stirred like a bowl of Jello pudding. It’s easy for me to feel a sense of pride for the brave people who put their lives on the line. Those men and women who’ve fought for this country have been portrayed in the films of a countless number of directors too, from John Ford’s work with John Wayne in They Were Expendable, Christopher Nolan’s recent epic portrayal of the battle at Dunkirk, to Kathryn Bigelow turning the pressure up in The Hurt Locker. When they get it right I’m all for it, but when they don’t succeed, I feel great disappointment. 12 Strong is the declassified true story of the first group of men on the ground in Afghanistan after the terror attacks on 9/11. What sounds like an inspiring story on paper, results is a film that lacks direction and emotions. 12 Strong is quite weak.

This is the first feature for director Nicolai Fuglsig, who won a DGA award for his work on commercials, but reveals here that he still lacks experience. The production is backed by the legendary Jerry Bruckheimer, but what 12 Strong greatly needed was another writer. The narrative from writers Ted Tally and Peter Craig, follows a group of 12 men, lead by the confident and green, Captain Mitch Nelson (Chris Hemsworth), who willingly returns from a military break to lead his team into battle after what he saw at the world trade center. It takes a bit of convincing from Chief Warrant Officer Hal Spencer (a poorly used Michael Shannon), but the team is given a chance, along with Sargent Sam Diller (Michael Pena), Sargent Ben Milo (Trevante Rhodes), and eight other men to team up with Afghan war General Dostum (Navid Negahban) in order to defeat the Taliban in armies.

Expecting the typical intensity of a war movie, one of the major problems I had with12 Strong is that it’s boring. The journey of these men is always moving forward and then pausing for brain numbing fire fights against the Taliban. The performances from Hemsworth and Shannon are fine, barely rising above mediocre, while other actors are used as comic relief. And as if the terrorist organization wasn’t enough for our heroes to be motivated, for some reason we get the evil Commander Khaled (Fahim Fazil), a sullen character that looks identical to Aladdin’s Jafar, who murders mothers in front of their daughters, and gives us a bad guy to want dead in the end. On top of all these problems is the minimal amount of character development, beyond the optics that these are the good guys, and we should care about them. We knew that walking in.

12 Strong isn’t a complete bust. There’s potential from director Fuglsig and if you get something out of this story, I wouldn’t blame you. The visuals are engaging, with spectacular fight sequences, where the men race into danger on horse back, firing their weapons from side to side, and mixed with impressive pyrotechnics. I do think this heroic story was extremely worthy of being highlighted on the big screen for these men’s courage and strength. And the cast is game to portray them honorably. It’s truly a shame that the script fails to capture all of that honor. It pains me that I didn’t love 12 Strong.

Ultimately, 12 Strong’s suspense builds up to finding out if all 12 brave men will make it back to their families, but even that final result ends with the clichéd photos of the real people who fought. A large part of me wished there was one more pass of the pages to make 12 Strong a success. The leading performance from Chris Hemsworth is standard, with very little stretching, and I would consider it a step back from his impressive work in Thor: Ragnarok. I greatly wanted to like 12 Strong, but instead I suggest you go back and watch other war movie classics. Those movies grasp the experiences of war. You might even say, they’re just stronger. 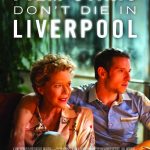 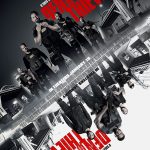