You will be hard pressed to find a review from critics that doesn’t praise the performance and transformation of Gary Oldman into Winston Churchill in Darkest Hour. And I will not be any different, because it is hands down, one of the best performances of 2016, but not to be forgotten, is the spectacular direction from the man behind the camera- Joe Wright. The life of Churchill has been portrayed numerous times before, but Wright closes us inside the dark rooms and the wandering mind of the British Prime minister, during his intense days of deciding between war with Hitler and efforts to talk peace. Darkest Hour is a film about the gritty bipartisan work it took from Churchill and those surrounding him, to make a decision of enormous proportions.

The time is May 9th, 1940, where Neville Chamberlain (Ronald Pickup) has lost all confidence from members of Parliament, with the world on the brink of war, where stability and strength must be portrayed to the people of England. The members of the cabinet want Viscount Halifax (Stephen Dillane), but he treats the position like a hot potato, turning the role over to the last person they see as someone who can ensure peace or win the war. In walks the lumbering British bulldog, Winston Churchill (Oldman).

The majority of Darkest Hour is viewed through the eyes and typing fingers of Churchill’s timid, but determined assistant, Elizabeth Layton (Lily James). Instead of making this a standard history film where we learn about Churchill womb to tomb, Director Joe Wright does not linger on the past, or the characters that surround the man, but more on the rooms and time that this larger than life character worked in. With cinematographer Bruno Delbonnel shooting in dark rooms, with beams of light glistening on the puffs of smoke from Churchill’s cigar, the script from Anthony McCarten centers on the process of government, the threat of Hitler, and the verbal maneuvers made to earn the trust of the British people. In Darkest Hour, time is of the essence.

Luckily for audiences, the time you spend on this film is with the fascinating, embodying performance from Oldman. Under pounds and pounds of facial makeup, Oldman looks nothing like the Commissioner Gordon of Dark Knight past. It would be easy to attribute all the work to simply just facial prosthetics, but underneath it all is a legit performance of mannerisms and mouth wobbling from the 59-year old. He carries himself with a walk that says Churchill, delivers long, passionate monologues pleading to those around him to never give up the fight, to never surrender. It’s hard to not argue that Oldman deserves every inch of Oscar gold.

Outside of the tour-de-force acting work by the lead, is a capable and impressive cast, including Kristen Scott Thomas as Clementine Churchill, offering kindness and confidence for her husband when he doubt himself in the struggle. Ben Mendelsohn also shines in moments as King George VI, developing a shaky friendship with Winston, two men who don’t have many friends in the first place. What becomes Darkest Hour‘s most impressive work however, is the authentic look and feel of a country during a time of war. Bunkers shake from the blasts, planes rumble up above, and the people sit eagerly by their radios to hear the confident words of their Prime Minister.

From the 4-star lead performance from Oldman to the expert direction from Joe Wright, Darkest Hour is a rousing success. Most of the films shortcomings stem from a scenes that feel unrealistic and Oscar-bait efforts. The drama of politics is on full-display, making Darkest Hour the perfect companion for Christopher Nolan’s Dunkirk and similar in the narrative process in Steven Spielberg’s Lincoln. With film company like that, there are more than enough reasons that Darkest Hour is a bright beacon of cinematic light. 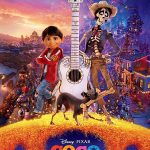 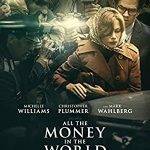 All the Money in the WorldReviews