The Groundhog Day style film has become a sub-genre. A paint by numbers style of storytelling. Happy Death Day, makes it the second film in the same year, with the teenage melodrama Before I Fall already telling an almost identical story. The only difference this time is that in this edition of “oh no, I need to live this day over and over till I figure out my life”, has an element of a slasher film and humor mixed in. And as cliché as this kind of narrative is becoming, Happy Death Day knows exactly what it is, having a bit of fun along the way. You won’t want to re-live seeing this movie over and over again, but there are worse movies you could be stuck with in life.

Jessica Rothe stars as Tree Gelbman, a beautiful blonde sorority girl who wakes up in the dorm of Carter (Israel Broussard), after a long night of drinking. She quickly makes her embarrassing exit from the room and begins her walk back, harassed by the Greenpeace kid, spots the couple on the lawn that gets hit by sprinklers, and the frat boys being hazed on the quad. She arrives back to the Delta house, is picked on by miss everything Danielle (Rachel Matthews) and offered a birthday cupcake by roommate Lori (Ruby Modine). It should be a memorable night for ones special day…right? Not when Tree ends up killed by someone in a creepy baby mask it isn’t. And so it starts the cycle where she wakes up back in Carter’s room and re-lives this day over and over again.

Some of the various problems with Happy Death Day, is it fails at successfully being a horror movie. There is absolutely nothing scary about this movie, it’s almost false advertising. What it does succeed at is being is a movie that treats the material very tongue and cheek. It is both funny and never serious. The characters are drawn as obvious stereotypes that make it feel like a college kid’s-Groundhog Day version of Not Another Teen Movie. The arc for Rothe’s character is one of the films finer parts, where she goes from huge self-centered jerk to a woman who realizes how awful of a person she has been. Of course, she must be stabbed, burnt alive, and shot in the head to come to this conclusion, but that’s how this goes.

Happy Death Day is directed by Christopher Landon (son of Michael Landon), who started out as a writer of all the Paranormal Activity films, but seems to be stretching his legs on this one. There is a vibe of honest humor in the narrative, where the growing made by Tree comes with a mixture of the cheesy moments she has with her distant father and the badass revenge she takes on her repetitive killer. Landon has a grasp for past teen based movies, where he even stages a scene to look identical to John Hughes’ Pretty in Pink. The younger crowd’s might not even get it, but it’s cool to see.

In the end, Happy Death Day is a movie that’s just having a lot of fun. The performance from Rothe is more than capable, even impressive enough for the actress to earn more leading productions. The deaths become a collection of Live. Die. And Repeat sequences, but you start to root for our hero to figure out the mystery of why it is happening to her. And if you think Happy Death Day doesn’t know that they are stealing from a movie like Groundhog Day, don’t worry, it is more than aware that the Harold Ramis classic is what makes a movie of this kind possible. That’s why we keep making this movie over, and over, and over. It’s a formula that works…mostly. 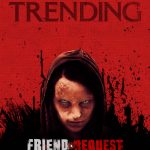 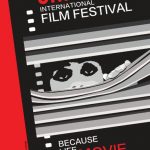