MOVIE: BEFORE I FALL

The easiest way to describe Before I Fall is a combination of Groundhog Day and Mean Girls. In my eyes, that premise sets it up for failure, since those are two cinematic and cultural classics. How could something live up to that potential? Yet, that is what director Ry Russo-Young goes for, complete with a repeating alarm to wake up Samantha, as she repeats every morning of cupids day in high school, where she’s followed by a trio of attractive friends, hated by anyone whose “not like them”, and wraps up with a lesson for us to learn in the end. It’s the kind of plot that is marketable to studio executives, but fails with it’s cliched material. Before I Fall is a plastic, phony effort of teenage melodrama, that struggles to give us a reason to enjoy going back to high school for one day, let alone repeat it over and over again.

I gave Before I Fall a chance, but early-on, it starts with ingratiating decisions from Russo-Young. We’re introduced to Samantha Kingston (Zoey Deutch), who opens prophesying like a quote on an inspirational poster, about how precious life is, “you could have 1, 1,000, or 3,000 days left to live.” She is the smart, adorable one of the group, while friend Lindsay (Halston Sage), who mimics Rachel McAdams’ Mean Girls character from her looks to her attitude, is the arrogant blonde who picks her up for school. There is also Ally (Cynthy Wu) and Elody (Medalion Rahimi) rounding up the group of beautiful plastics. It’s supposed to be a big day for Samantha to lose her virginity to boyfriend Rob, but on their way home from a party, an unexpected car accident sets the day to continuously repeat itself for Samantha. It sets her on a course to learn a lesson and find love in the process.

Now, there are a lot of things wrong with this movie, but what sticks out immediately is the films cliched, glossy version of high-school. The two leads are Abercrombie supermodels, wearing the finest clothing, looking like a catalog for Land’s End, while the film stays current including what come off as “token” Asian and Middle-Eastern friends. The “fun” these girls have is forced, they “act” like friends, instead of actually being friends. On top of this, the writing by Maria Maggenti (based on the YA book by Lauren Oliver) focuses too much on surrounding characters Samantha must make amends with, including secret admirer Kurt (Logan Miller) and sad, suicidal loner Juliet (Elena Kampouris). It leaves her with little of a lesson or growth of her own. Along with that, the cinematography from Michael Fimognari constantly has a weird blue sheen, that left me feeling empty and cold.

In the lead role, Zoey Deutch is gorgeous, charming, and worthy of being the star, just not this movie. The actress recently caught our eyes as a college student muse in Richard Linklater’s Everybody Wants Some!!, but she’s too talented for this MTV high-school drivel. I implore her agents to audition her for directors that will use her for her many talents. Before I Fall settles in when we follow along with Samantha in her journey to discover how she can end her repetitive state, but eventually fails to ever give us enough substance to care even how she finds a way out.

The reason Groundhog Day was such a great film, was that Bill Murray’s character was someone who had been a jerk his entire life, only to learn from his faults. In Before I Fall, Samantha grows to stop her friends from bullying Juliet, but she’s also just a teenager. There has not been enough life lived for her to learn anything. Scenes shared with her mother (Jennifer Beales) are gentle moments, squandered by forced romance and hollow lessons.

I can’t say I hated Before I Fall. I mean, it fills a niche for the teenage audiences that might want to see something like this, but it’s also a movie we’ve seen before. In fact, if it’s a chance for me to tell you to go watch Groundhog Day, maybe it’s achieved something successful. That’s a movie you should watch over and over again. 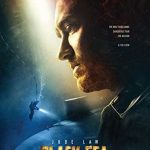 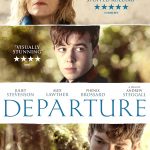