DIRECTED BY: J. A. BAYONA

It is hard to recommend A Monster Calls to audiences. It is a gentle, but powerful film, about a young boy who goes through the difficult stages of grief while his mother is battling for her life. You essentially have to tell the audience, “if you want a really good cry, then have I got a movie for you.” What I found to be impressive from director J.A. Bayona’s film, was how unconventional it was in teaching a lesson to children about loss. This is not a standard, “because you are different that makes you special” Disney movie. A Monster Calls is a unique film, in the sense that it is honest about life and the unfair difficulties that you go through as a child.

Based on the novel by screenplay writer Patrick Ness, what was not lost on me was the fantasy aspect of A Monster Calls. Our star is 12 year old Conor O’Malley(Lewis MacDougall), whose mother, played by Felicity Jones, is fighting through the late stages of cancer. This poor boy is constantly bullied by the bigger kid in school, and the way he deals with his anguish is through escape, both in his artwork, and in the shape of an enormous imaginary tree monster (voiced perfectly by Liam Neeson). When the monster arrives, it is in magical style, ripping the window off the house and peaking his thorny Groot-like face into Conor’s room, which was similar to a film from earlier this year, Steven Spielberg’s The BFG.

Director J.A. Bayona is a master in stories that deal with children, tragedy, and a dash of the magical elements. In his 2007 debut The Orphanage, he delivered a gothic horror tale, which was followed by the tsunami tragedy movie The Impossible. It is likely that one would conclude that Bayona’s inspiration has been Guillermo del Toro with these themes, especially since A Monster Calls will remind audiences of the Oscar-nominated Pan’s Labyrinth. Bayona intertwines animated stories that the monster tells Conor, as parables of grief that he may not understand. We only follow the journey through the eyes of this boy who constantly keeps an arms length away from anyone above the age of 13.

The adults that surround Conor feel as helpless as one does when trying to solve a tragedy. Sigourney Weaver plays his grandmother, although she may be incorrectly cast, she carries a stern, but frustrated demeanor throughout. Then there is Conor’s father (Toby Kebbell) who lives in America and is remarried. He is never made out to be a villain, but instead drawn as an understanding, but just as lost human. Their father/son relationship is strained, but not because anyone is mean, but because, well, life is complex.

Constant throughout A Monster Calls, is the films desire to earn tears from it’s audience, and boy will it ever. My thought about that is, if you cry, then that’s a good thing. This film, however, is not dependent on your tears. In fact, it is just as good as a lesson that will teach kids from ages 9-15 about what loss is. It is hard to have reality come at children at that age so fast. What A Monster Calls does, is teach us that it is okay to hurt inside. It tells a story that is rich, with both love and sadness, about how unfair life can be. These are lessons that I wasn’t always taught as a child and it’s nice to learn them from a giant talking tree, in a grown up way.

Ultimately, I found A Monster Calls to be quite rewarding. The pace of the film is too languid in the beginning, but when the total story comes together it is a gentle reward. I will also say, our lead Lewis MacDougall is an impressive performer, who bounces off his talking tree friend in a loving and friendly fashion. A Monster Calls is a message that I think you should answer. 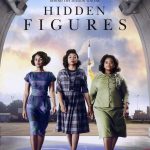 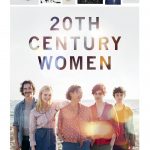