If Billy Lynn’s Long Halftime Walk was released in 2007, it would be an eye opening message, to those unaware learning about the post-traumatic stress that men & women serving our military experience when they came home from the Iraq War. Fast-forward to its release today, and what you get is a contrived and disappointing film from Oscar winner Ang Lee. This feels slightly current, but late to the party after a Donald Trump’s election, with an anti-war message. Billy Lynn’s Long Halftime Walk is an attempt at a different kind of storytelling, but fails on many levels, with a contradictory message behind the surface.
Based on the novel by Ben Fountain, we follow the title character, played by newcomer Joe Alwyn, and the all-male Army squad known as Bravo 1. The group is finishing their recent tour around the country, with a final stop to the Dallas pro football stadium as part of the halftime show with Destiny’s Child. Intertwined between the stadium tour, Billy has flashbacks of his life, including the heroic efforts to save his company that resulted in the traumatic loss of their Sargent Shroom (Vin Diesel, waxing spiritual garble). Along with these memories, the men poke fun at each other, an occasional “thank you for your service” from fans, and even Lynn’s romantic connection with a southern Christian cheerleader- Faison (Makenzie Leigh).

Oddly enough, Billy Lynn marches into theaters with Ang Lee’s attempt to heighten, what I found to be, a meandering and mediocre story. He adds visual pop by shooting in 3D/4K and using a frame rate of 120. The Life of Pi director is a master of visual arts, but if you don’t get a headache from the speed, then you will be creeped out from the added realism to the screen, where you can see the hi-definition sweat on the actors faces in closeups. What it won’t do, is distract from a screenplay by Jean-Christophe Castelli that reads corny enough for the Hallmark channel.

The cast surrounding Billy is the real head scratcher. His Army mates are weak stereotypes, led by Garret Hedlund’s Sargent Dime, a flawed bright spot, as he reads his lines like a military robot. The group is followed around by a comically reserved Chris Tucker, playing an agent always on his phone selling the Bravo teams movie rights and saying Billy’s name over a dozen times. Lynn’s sister Kathryn (a wasted Kristen Stewart) is the liberal voice back home, expressing to Billy, “You don’t have to go back”. Meanwhile, Steve Martin flops as the big-Texan football owner, channeling a mixture of Jerry Jones and Donald Trump. The Father of the Bride star fails the test in terms of playing macho, arrogant billionaire. It’s Steve Martin for Christ sake. He’s everyone’s favorite dad from Parenthood. I applaud the gamble, but it’s a miss.

Billy Lynn’s Long Halftime Walk does its best to convey a message of the hypocrisy of war. The lone battle scene is filled with high intensity, while the message of false patriotism from fans is duly noted. Lee has the right idea here, but the narrative of this group walking around a stadium does not work in a post-9/11 world. I work in sports and based on the unrealistic access the military are given around the stadium, I can tell you that I don’t think Ang Lee has ever been to a sporting event. Plus, I saw Billy Lynn 2 days after Donald Trump’s election into office and frankly, I thought seeing this movie would help me escape my fears, instead it only freaked me out more for what’s most likely to come in the next four. A lot of trauma and false patriotism, I’m sure. Make Billy Lynn a quick walk out of the theater as soon as the lights go up. 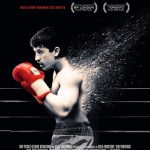 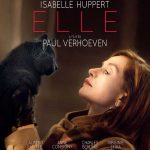