Anthropoid, drops into the middle of a cold and dark WWII Czechoslovakia, where Jan Kubis (Jamie Dornan) and Josef Gabcik (Cillian Murphy) are two of seven resistance fighters, parachuted into the war torn country as part of an attempt to assassinate Reinhard Heydrich, the third most powerful man in the Nazi Party. The task alone is daunting, as the prospect of attempting to kill a man in that high of a position of power would be. Yet, director Sean Ellis (Metro Manilla) succeeds, placing the audience in high intensity sequences, and a finale that delivers on pulse pounding drama that had me clenching to the arm of my seat.

Typical historical dramas begin with written backstory that sets the stage and informs the audience. This film is no different. We learn that the people of Chzechoslovakia were left without allies to help them after declaring as a country that would avoid war at all cost, specifically refusing to agree to Hitler’s Munich agreement. This leads to a swift German takeover. The Czech people live in fear and the German stronghold shows no end. Enter covert plan: Anthropoid. The parachuters gather in the back rooms of bars to make contact with the remaining Chzech fighters, lead by Uncle Hajsky (Toby Jones) and Ladislav Vanek (Marcin Dorocinski), who balance the decisions of protecting the people or allowing these men to take out this Nazi leader. They also provide shelter for Jan and Josef with a kind family who have stayed to withstand the brute force of the Third Reich, waiting for support that may never arrive.

Frankly, I knew very little about this section of the world war archives, but that’s what makes finding a film like this so pleasing. It helps to have confident lead performances from Murphy and specifically, Jamie Dornan, who sheds away any negative thoughts held from his blah effort in the pseudo-erotic drama Fifty Shades of Grey. Both men hold their ground, attempting to mask the fear that races through their heads, while planning the assassination, in what is more of a suicide mission than anything. As the two visitors try to blend in, they connect with their cover-ups and eventual love interests Marie Kovarnikova (The Walk actress Charlotte Le Bon) and Lenka Fafkova (Anna Gieslerova), while tailing the man known as “The Butcher of Prague”.

The bigger success here is director Sean Ellis, who co-wrote the screenplay with Anthony Frewin, and also conducted his own close quarter cinematography, transporting us back in time. As the anticipation builds to the high stakes assassination attempt, Anthropoid turns the intensity up. While watching, one cannot help but recall Brian De Palma’s classic Union Station stairway shootout sequence from The Untouchables, or when Marlon Brando was shot in the streets of Francis Ford Coppola’s The Godfather: Part II. Bullets will fly, but you must see the movie and the outcome for yourself. Sure, a simple Google search could tell you what happens, but I often argue, if a film can be based on historical facts and still keep you guessing on how it all ends, that’s how you know it is working.

Anthropoid has smaller issues, like the pacing. Moments of dialogue do tend to bog down the task at hand, stringing us along till the films high points. Leading me to my next comment, that an argument could be made that this could be separated into two movies. The assassination attempt is more than enough to wet the high wire whistle, but then we continue to a climax that is worthy of high praise. And what an ending it is. The six parachuters find themselves backed into a church, fighting an arsenal of Nazi’s like a collection of trapped dogs fighting there way out of a corner. It’s a battle of survival, mixed with hard to watch torture sequences. Anthropoid earns every inch of its R rating.

Although the steps it takes to its ending are not so pretty, Anthropoid is a white knuckle drama. A movie such as this is released a week post Suicide Squad, yet the plot here is everything the comic-book movie should have been. Besides the fact, it has been rare, in a summer filled with multiple disappointments, to leave the theater feeling perspiration and experiencing another successful WWII period drama. Anthropoid is pulse-pounding action and I wish 2016 had more movies like this. Take note Hollywood, these are the kinds of movies real fans want to watch. 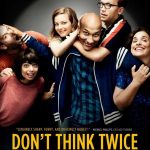 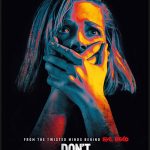