Don’t Think Twice may as well have the tag line “The Movie that Leo Brady will love!” It’s not just a funny comedy, but a movie that knows the subject matter of improv groups so well, it felt like a journey down memory lane. Let me give you a brief background behind why this movie meant so much to me. My mother and father met working in musical theatre, my mom would teach improv classes when I was in junior high, and my father played the piano for multiple Second City improv groups that featured names such as Steve Carrell, Chris Farley, and David Koechner. It also just so happens, that my wife was a member of Chicago’s Improv Olympic and the Cupid Players. So yeah, you could say a movie about improv comedy spoke to me. Besides all of that, Don’t Think Twice happens to be one of the funniest, kindest films of 2016. I saw it at SXSW and I have not forgotten about it since.

Director and star Mike Birbiglia (Sleepwalk With Me) is a comedian who gets the whole “industry” part of it all. He grew up from the school of Del Close, whose name reverberates in the halls of the improv schools of Chicago and New York. It’s a style of teaching that is quick on one’s feet, as the group gathers around in a circle, constantly spitballing ideas and turning them into funny scenarios, or use of words to create a volley of gags to conjure up laughter. It especially works, when you have a superb surrounding family of comedians and actors who know how to share the fun.

Together they are an improv group called “The Commune”, consisting of Miles (Birbiglia), Jack (Keegan-Michael Key), Samantha (Gillian Jacobs- a rising star!), Lindsay (Tami Sagher), Allison (Kate Micucci), and Bill (Chris Gethard). Each single one of them brings a unique quality to the group, from Miles’s experienced improv teaching, Jack lighting up the room when he speaks, Allison showing off her quiet, out of left-field humor, Bill writing spectacular material, Lindsay’s self-deprecating pokes, and Samantha channeling her inner Carol Burnett. They are a family, but Birbiglia does an impeccable directing job of sharing the moments, as they compete for a spot on the faux Saturday Night Live appropriately called “Weekend Live”.

I guess I could go into more detail about what difficulties the group faces, such as competing with each other, or when fear gets the best of Samantha, or how some struggle with feeling gratitude when a fellow cast member achieves success. What I really want to talk about though is how honest Don’t Think Twice is. There is never a moment that feels false about what comedians and actors deal with on a daily basis. Working day jobs as baristas, doing writing gigs on the side, and living like a college bachelor, all because they love everything about it. One day they are performing in an abandoned warehouse, the next day they are renting out a theater that used to be a strip club. Birbiglia captures all of it.

Don’t Think Twice is hands down, one of the best movies of 2016. It’s greatest achievement is something that I would never thought was possible. Yes, Jack, Samantha, and Mile’s stories take center stage, but that’s not necessarily the case. It’s actually about perspective. It’s a cast of six characters, and all of them get their fare share of attention. That alone is a phenomenal feat.

I really hope you go see Don’t Think Twice this weekend. You will want to hop over to Second City or Improv Olympic after, without any second thoughts about it. 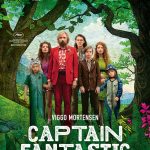 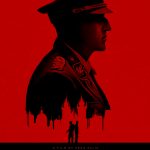