April and the Extraordinary World is what I would call a brilliant film. I will save my praise for the animation a bit later, but what I really loved about the newest movie from directors Christian Desmares and Franck Ekinci is the fast paced, wildly inventive narrative, about an alternate universe where all of the greatest scientists ceased to exist. Alternately titled April and the Twisted World, this French film certainly has the twists and turns, with the spirit of Scorsese’s Hugo mixed with a Miyazaki film.

Early on we learn that during the testing to create super strength animal soldiers, an explosion causes the death of Napoleon, which changes the course of history, and leaves a few talking lizards as survivors. Fast forward to a time where the police hunt to rid all scientists-including April (voiced by Marion Cotillard) and her parents. Lead by the stubborn inspector Pizoni (Bouli Lanners), it turns into a pursuit sequence that rivals the chase scenes of any Bond film. It ends with April’s parents killed by a mysterious electric cloud, leaving her an orphan (all great movies are about orphans) with the companionship of talking cat Darwin (voiced by Philippe Katerine).

Ten years later, April has taken to her parents ambitions of finding the ingredients to a perfect serum that gives eternal life. Meanwhile, the world is in a constant state of fog, where the cars are steam engine powered, and pedestrians walk around in gas masks to keep the soot out of their lungs. This does not stop Pizoni from tracking April and her grandfather “Pops” who escaped his clutch. That is until that looming electric cloud shows up again, revealing that there is someone or some thing in store for April, seeking to use her for that brilliant mind in her head.

Now back to that animation. Although it’s not screened in 3D, the artwork pops off the screen like Spielberg’s The Adventures of Tintin. There is a beautiful pallet of muted pinks, light blues, and charcoal that covers the film with an almost calming tone. The action on the screen bounces from one contraption to the other, delivering on the whole “Extraordinary” part of the film.

Ekinci wrote the screenplay with Benjamin Legrand from the Jacques Tardi’s graphic novel, which has a grasp on the importance of science and inventors, while never losing that sense of an adventurous journey. Along the way, there is a charming relationship between April and young Julius (Marc-Andre Grondin) that emulates the animation of Moebius’s Heavy Metal meets an adventure mixture of Moonrise Kingdom and The Iron Giant.

April and the Extraordinary World is a pure delight of wonder and invention. There are not enough unique animated films like this, where the door is opened to a world that we only can imagine because we just saw it up on the screen.  I would welcome another chance to see April and her talking cat get involved in more adventures, I want to know what Extraordinary World they step into next. 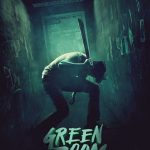 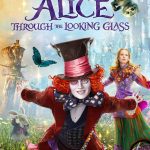 Alice Through the Looking GlassReviews