This year marks the second time beloved film critic Roger Ebert will not be in attendance of the film fest with his own name on it. It goes without saying that Film criticism will never be the same and neither will this fest. The Pulitzer prize winning critic lost his battle with cancer, but his spirit will forever live on in those who followed him and the films that honor his legacy. And this year, EbertFest will do a few new things in the fests 17th year. Opening with Jean Luc-Godard’s unconventional “Goodbye to Language 3D”, it will be the first film ever to be in 3D at the fest and it is one of the many highlights of the weekend. So what else you say? Here are a few of the excellent films that AMovieGuy.com is excited to see on the big screen at the historic Virginia Theatre:

The director of some of the greatest comedies in the history of cinema passed away in February of 2014. His classic films such as “Caddyshack”, “Ghostbusters”, “Animal House”, AMovieGuy.com’s personal favorite- “Groundhog Day”, and the often forgotten “Stripes”, are as good of a list of films that a director could have in their career. And Roger Ebert was a fan of Ramis’ as well considering he gave those movies I listed an average star rating of 3.5. The tribute will consist of clips to commemorate the director’s great career and a conversation with his wife Erica Ramis.

“The End of the Tour”

One of the biggest success stories at Sundance this past February was James Ponsoldt’s film “The End of the Tour” starring Jason Segal and Jesse Eisenberg. The film is about the memoir of Rolling Stone writer David Lipsky (Eisenberg) and his journey on a book tour with writer David Foster Wallace (Segal). Both Ponsoldt and Segal will be in attendance in what should be the hottest ticket during the weekend.

The film directed by and starring Robert DeNiro is a classic to many, and Roger gave the film big praise with a 4 star review back in 1993. Screenplay writer and star of the film Chazz Palminteri will be on hand to celebrate the film with a post screening Q&A. The movie is about young Calogero and his tug-of-war life between the two men that he looks up to. His father Lorenzo (DeNiro) is a work hard, grind it out bus driver, while local mobster Sonny (Palminteri) teaches little “C” that “the working man is a sucker”; having a gun is power. It is superbly acted and will be one of the biggest highlights of the weekend.

If you have read a lot of Roger Ebert’s work or his memoir “Life Itself”, you know that Roger felt all photo’s and images looked better in black & white. That is why the 2014 Academy Award winning film for the foreign language category- “Ida” is a perfect fit for EbertFest. The film about a young Polish orphan girl –Ida searching with her aunt, her only living relative, for the past of her family, is a stunning visual film, but even more powerful dramatic piece. “Ida” was ranked #7 on AMovieGuy.com’s “Top 10 Best Movies of 2014” list, so you know that this is one film I am not going to miss.

Director Ramin Bahrani has become a regular at EbertFest. Some of his other films, “Man Push Cart” and “Goodbye Solo”, have already been a part of Roger’s past festivals, but this year, his film “99 Homes” is making its debut to many. Starring Michael Shannon (“Man of Steel” “Give Me Shelter”) and Andrew Garfield (“The Social Network”), it is a film about a construction worker (Garfield) ,forced to move his mother and his son to a hotel when they are kicked out of their home. This puts him in a position to work with a real-estate agent (Shannon) and do whatever is necessary to get his home back. Bahrani will be there in person to speak after the film and bring the friendship that he and Roger had for everyone to see.

What is always a constant at EbertFest are two things: good movies and good people. This will be AMovieGuy.com’s 2nd year covering the fest and it has welcomed us with open arms. It is an experience that I recommend everyone take part in at some point in their life. It’s a quick trip for Chicago & Illinois natives to go to Champaign, grab a thumbs-up cookie, take a seat at the historic Virginia Theater, and let the spirit of Roger Ebert live forever! I will be there and I hope to see you as well! 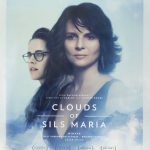 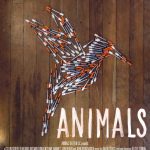