The first half hour of Annabelle is interesting, until it makes sure to hit every horror film cliché on the nose.  The movie itself is a cliché, since it is about a creepy doll that is possessed by demons, it is sure to be scary to those who have fears of these sorts of things, but nothing new to fans of the genre. It is directed by John R. Leonetti, a cinematographer for all of Director James Wan’s films (Producer here), including 2013’s The Conjuring, which is where this creepy doll story came from. His work here is a valuable effort, but never separates itself from any other scary movie that sits in your Netflix queue.

It takes place 6 years before the events in The Conjuring, introducing us to Mia (Annabelle Wallis) and John Gordon (Ward Horton), a Santa Monica couple that is candidates for neighbors in Pleasantville. They are expecting their first child, and spend sunny Sunday’s in church, having thumb wars and not paying attention to this week’s sermon. One day, John cheers up Mia by giving her a new doll to add to her creepy extensive collection.  Can you say hoarders? Later that night, the neighbors cult following daughter- Annabelle, has come to murder them and attempts to kill John and Mia too. The cops arrive, kill her Charles Manson-looking boyfriend and find Annabelle dead holding the creepy doll. A drop of her blood goes into the dolls eye. Doll possessed…now.

Shortly after, the torture for our main actress begins. I can’t even begin to tell you about all the pain this movie puts our lead through. It hurt me to watch. First she is stabbed while pregnant ala Game of Thrones style- and this does not kill the baby or cause her to go into labor- just patched up and bed ridden. Then the creepy things start happening to her around the house. The door opens and pushes Mia down, she cuts her hand on a sewing machine that runs on its own, and then the house is lit on fire, and THAT is what causes Mia to give birth to the baby. John is a busy doctor so none of this stuff happens to him. His character feels almost non-existent.

Mia has John throw the doll away and they move from the house into an upscale apartment to leave their haunting past.  But of course, while unpacking they find the doll in a box, and Mia thinks it’s OK to keep it. So, the disturbances begin again attacking Mia- dragging her down, leaving burn marks, and throwing books off the shelf, on and on. We then meet the two other characters that matter.  The horror-stereotypical Priest as guidance about demons (Tony Amendola) and the wise neighbor, Evelyn- giving advice about spiritual things, played by Alfre Woodard, who brings good acting to a minimal role.

The movie gives us some scares and the typical battle to defeat evil spirits. We see where the doll ends up, but also with a possibility for a sequel too, as if to say, well if you did not like this prequel, we can always make a sequel to a prequel. I fear this may be the next Paranormal Activity-like series.

Annabelle will never bore its viewers, all involved do their best, but this feels rushed. I was surprised this project was not given consideration for a more impressive budget; with better writing and acting, it may have been able to make this memorable. When I left the theater, I didn’t hate it, but I didn’t give my experience a second thought. 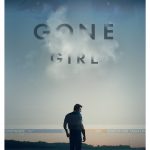 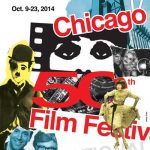