Cloaked in shadows of pre and post production controversy, comes the 3rd installment in the Expendables  franchise. Despite the fact that an actor left mid shoot (Bruce Willis), the plot is weak at times, and some of the dialogue is tongue and cheek, this is still a fun movie to watch.  A movie like this is an acquired taste for some, but if this is your favorite flavor of popcorn movies, then you will find this one to be a sweet treat. Sylvester Stallone and the gang are back trying to breath one last breath into their action movie careers, and this time they have brought with them some youthful heroes. The Expendables 3  does what it is meant to do and entertains.

Stallone returns as Barney Ross, the ordained leader of The Expendables. The rest of the crew are back as well. There’s fist bumping pal Lee Christmas (Jason Statham), scene stealing moments with Arnold Schwarzenegger, Dolph Lundgren, Terry Crews, and a brief moment with Jet Li. They even swoop in to attack a maximum security train to rescue Doc, played by Wesley Snipes. The bad guys are taken out, some things go boom. The effort is routine for everyone, but the fun is still there. When asked what he was in prison for, poking fun at his real life, Snipes appropriately responds, “Tax evasion!” Good little laughs like this are aplenty.

What is quite surprising is the pace of the film. What is anticipated as a high energy action flick, is at times monotone and under control. I was taken back by all the extended dialogue. At a little over 2 hours, there was no hurry to leave the multiple exotic shooting locations. Director Patrick Hughes is still fairly new in the feature film aspect. His 2010 film Red Hill was an independent western that received mixed reviews. With a script co-written by Stallone (who directed the second installment), it’s possible that a more seasoned Director would be able to take a film like this to a higher level. I guess if it isn’t broken, don’t fix it. It is the quick quips, nostalgic action sequences, and scene chewing moments from veteran actors that steal the show.

Enter Willis’s replacement Harrison Ford, doing his strong government man in charge voice ala Air Force One, as CIA rep Drummer. He sends the men to Somalia in an attempt to take out a high grade weapons arms dealer. It turns out to be an old friend of Ross’, a bad man by the name of Stonebanks (played by an inspired and excellent Mel Gibson). Someone ends up shot and Barney’s morals begin to eat at him as he worries about getting his old mates killed.

Stallone goes from one location to the next with his friend Bonaparte (Kelsey Grammer) searching for a tougher and younger team of Expendables. It’s an attempt to inject more life, but it only pulls the film down. MMA Fighter Ronda Rousey’s Luna is clearly out of her element, and there is no significant difference between Kellan Lutz as Smilee and Victor Ortiz as Mars. The old guys take a break, but you immediately want them back! How does the saying go? You don’t know what you’ve got ’til it’s gone!

Antonio Banderas bursts in as the motor mouthed, desperate to be a part of the team, Galgo, and the film starts to get its heart going again. The action builds up to a large scale shoot-em up battle that includes everything in the action movie bag of tricks. Tanks, machine guns, hand to hand fighting, motor bikes, and blasts.  Scenes of Gibson and Stallone getting nose to nose remind us why these actors were at one point at the top of the game. It’s hard to imagine fans not enjoying themselves when they hear Schwarzenegger scream “Get to the choppa” one, or maybe two more times.

The Expendables 3 is enjoyable action. Fans of the first two will get more of what they enjoyed and new fans will not have missed a thing. Is it a 2 ½ star movie? Oh yeah, but it’s the kind of 2 ½ stars that I enjoy. It’s good action and I would watch it again. 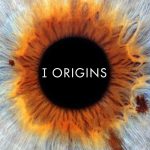